DuluxGroup finds its new IT and digital leader 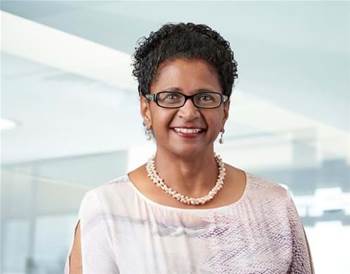 DuluxGroup has found a new executive general manager of IT and digital, appointing former Medibank technology executive Angela Anthony to the role.

The iconic Australian paint and DIY product manufacturer’s previous EGM of IT and digital, Eglantine Etiemble, left the role in February this year to become PEXA Group's CTO.

LinkedIn records show that Anthony joined DuluxGroup at the end of April, though her appointment was only formally announced at the end of last week.

In a Q&A published by DuluxGroup, Anthony said that she is “still absorbing all that DGTech [DuluxGroup’s technology operation] has to offer and how its capabilities can best be leveraged.”

“DuluxGroup has 16 business units, as well as its European business, which DGTech supports,” she said in the Q&A.

“We need to look at delivery and architecture: how to support and enable the different business units.

“We need to work out how to get the best bang for buck while still working within the independence of the individual business units.”

Anthony further observed that DuluxGroup “is looking to build off an incredible base” but that “in order to build, we also need to be open to what the rest of the world is doing.”

“The DGTech team is great. My job is to take it to the next level,” she told the Q&A.

“We need to partner with the different business units and better understand what they want to do.

“Technology has the ability to accelerate the direction you want to head in. You need to know the technology you want to utilise in order to boost your performance.”

Anthony noted that DuluxGroup was very different from the “highly regulated environment” she had just come from, in private health insurance.

While at Medibank, she was the senior executive of enterprise delivery and support services in technology and operations for three years, and a senior executive for solution delivery for almost two-and-a-half years.

“In my last senior executive role, at Medibank, I led the majority of the company’s technology arm,” Anthony said in the Q&A.

“I was accountable for the end-to-end delivery of technology capability within Medibank, with a focus on strategic portfolio management and delivery, infrastructure services as well as service delivery.”

She has also previously held senior technology leadership roles with Cathay Pacific, ANZ, AXA Australia and Accenture, among others.

Anthony indicated she would particularly look to leverage “experience … gained during Medibank’s cyber security journey” and “technology and digital implementation knowledge” from her time at Cathay in her new role.