DTO takes UK emulation to the next level 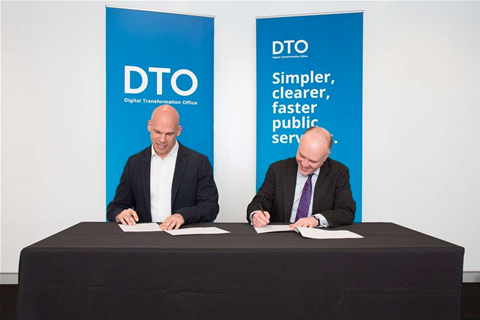 Not content with poaching its workers, the Digital Transformation Office has now inked a memorandum of understanding with its UK equivalent to share ideas, information and even staff.

It formalises a path for staff of either agency to take on secondments and work on joint projects between the pair’s London and Sydney/Canberra offices.

A number of GDS workers have already followed Shetler across hemispheres to take up roles within the fledgling Australian digital agency.

The MOU will open the way for Australia to one day join the ranks of the ‘Digital 5’ grouping of leading digital governments - making it the "Digital 6", Maxwell said.

“The GDS was founded in 2011 so we’ve had a little more time to progress along on the path to digital reform," he said.

“However, I’m genuinely impressed and excited to see the work that’s been done by the Digital Transformation Office in such a short period of time, and can’t wait to see what comes next."

The founding members of the Digital 5 are the UK, South Korea, Estonia, Israel and New Zealand.

The group has jointly authored the D5 charter, outlining a common set of best practice principles for digital government.

Prime Minister Malcolm Turnbull, who was the driving force behind the establishment of the DTO, has made no secret of his desire to follow closely in the footsteps of the UK’s digital model.

Shetler said he was “looking forward to the the opportunities that will arise from this MOU, giving our staff and staff from other government agencies the chance to benefit from this shared knowledge and experience".

“Working more closely together can only help us in our efforts to improve the lives of the citizens in our respective countries," he said.