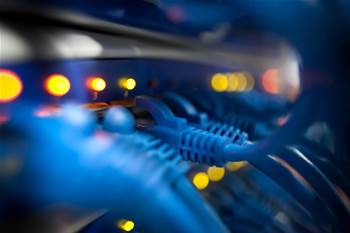 The framework [pdf], which comes almost two years after the whole-of-government hosting strategy, has been developed to give agencies certainty that hosting providers meet stringent ownership and control conditions.

It is designed to work hand-in-hand with the Foreign Investment Review Board’s existing powers of review, as well as policies like the protected security policy framework (PSPF) and the planned critical infrastructure reforms.

The new framework introduces two new certifications, which all “direct and indirect providers of hosting and related data centre services to government” will need to obtain to host protected-level and whole-of-government systems.

This terminology has been tweaked slightly since the release of the March 2019 hosting strategy, which had proposed ‘certified sovereign data centre’ and ‘certified assured data centre’.

“During consultation undertaken while developing this certification framework, it became apparent that the original terminology used in the hosting strategy to describe the two levels of certification would benefit from additional clarity,” the DTA said.

“In particular, the term sovereign was taken as excluding any level of foreign investment or control in a hosting provider.

“Under such an interpretation, given the potential for a level of foreign investment, any public listed hosting provider would be ineligible for the higher level of certification.

“In addition, any privately owned hosting provider would find itself constrained in terms of future growth options that may have exposure to foreign investment.

“For clarity, sovereignty refers to the ability of the government to specify and maintain stringent ownership and control conditions.”

Where hosting providers do not have control or ownership over the core capabilities underpinning their services, they may also need agreement from the ultimate owners, meaning the certification process will be different for direct and indirect hosting providers.

“When applied to system integrators, managed service or cloud service providers, the framework will include an assessment of the underlying hosting services and data centre facilities that are used,” the framework states.

“As a result, certification of system integrators, managed service and cloud service providers will occur for each data centre facility arrangement used by the provider.

"This may result in certification being granted for only some, but not all data centre facilities arrangements utilised by the provider.

Providers will also be required to undergo a “a stringent initial assessment and the inclusion of clauses in contracts to safeguard against a significant change in ownership, control or the operation of the provider which would increase the risk profile”.

The higher of the two certifications (certified strategic hosting provider) will require additional guarantees “that there will be no significant change in strategic direction, operation or ownership of the provider which would adversely affect” the government.

Certification is expected to take place in a staged approach, starting with all providers on the data centre facilities supplies panel providing services directly to government agencies in April.

In the interim, providers will be able to enter contract negotiations with agencies for solutions that have a hosting service component, but will only be able to enter into a contract if they gain certification at the required level.