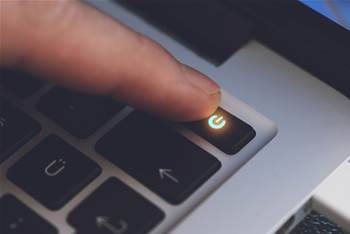 Gets ready for migration.

The Digital Transformation Agency has shut down the federal government’s Digital Marketplace in preparation for its merger with the BuyICT procurement platform.

Access to the standalone SME-focused buying portal was closed off on Tuesday, with accounts and data to "migrate and merge" to the DTA's BuyICT over the coming days.

The marketplace will become part of the DTA’s BuyICT – an umbrella platform that brings together all of the government's ICT procurement schemes – next Monday.

“We are in the middle of moving your Digital Marketplace account and data over to BuyICT,” a notice on the website states.

The DTA revealed plans to merge the marketplace with BuyICT in March, a move it said would “benefit users” by requiring only a single log-in to access multiple procurements.

A range of “enhancements and new features” on BuyICT will follow the merger, including request for quote opportunities closing early if all sellers have responded.

Other changes will align the platform more closely with traditional tendering portal by renaming ‘ask the market’ as ‘request for information’.

“We made these changes in response to extensive user research and testing, as part of the government’s commitment to making digital sourcing simple, fast and compliant,” the DTA said.

Born from a digital specialists panel, the Digital Marketplace was established in 2016 to make it easier for SMEs to win government work as part of the Turnbull government’s innovation agenda.

But while the platform has improved speed to market and increased accessibility for SMEs to some extent, the share of contracts awarded to SMEs through the marketplace has been falling.

In August 2020, the share of contracts awarded to SMEs sat at around 70 percent, whereas it currently sits at only 61 percent.

As reported by iTnews, more than $3 billion was spent through the Digital Marketplace in the space of nine months last year, climbing from $3.4 billion in March 2021 to $6.8 billion in December 2021.

ICT labor hire accounts for 73 percent of contracts through the marketplace, according to the latest insights report for February 2022.

The incoming Labor government has pledged to reduce spending on private external labour by $3 billion over four years, with $500 million to be reinvested in the Australian Public Service.