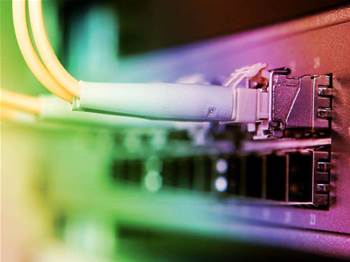 The Digital Transformation Agency is preparing an overhaul of its government-wide telecommunications panel that will see dark fibre, unified communications and software-defined WAN included for the first time.

The agency on Tuesday released a discussion paper for the new telecommunications services (TS) panel to inform a future approach to market later this year, as part of its ongoing ICT procurement reforms.

The panel will replace the government’s existing telecommunications services panel that has been tenanted by Macquarie Telecom, Netgen Networks, Optus Networks, Sliced Tech, Telstra, TPG and Verizon since November 2016.

The move comes sooner than expected for the panel that consolidated the buying of telco services only two years ago, with at least four years of life remaining for the existing panel.

The DTA said it would use the panel refresh to shift telecommunications services buying scheme from a traditional, siloed services panel construct to a “flexible and outcomes based” converged services model.

It will also replace the expiring mobile panel and the expired telecommunication management panel.

This converged services model would provide easier access to newer technologies such as dark fibre, unified communications, and software-defined WAN or networking as a service (NaaS), as well as others.

This is expected to “make purchasing telecommunications services and solutions simpler, clearer and faster for buyers and sellers”, in line with the DTA’s ongoing reform of how government buys from industry.

“When looking at this trend from a whole of government perspective, particularly as it relates to ICT procurement, it is apparent that government purchasing entities are focusing on the service layer and their application to business processes,” the discussion paper.

“There is minimal differentiation from a network technology perspective between services providing voice, video, mobile or data carriage.”

While the panel will remain mandatory for central, non-corporate federal government agencies, the DTA does not divulge which categories will be obligatory.

Other federal government entities and state government agencies will similarly be able to use the panel.