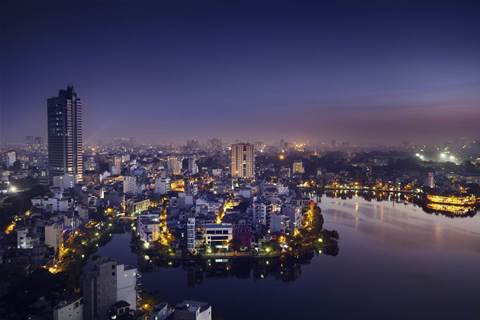 The Digital Transformation Agency has inked its first memorandum of understanding with a foreign government, pledging to share ideas with Vietnam on Australia’s digital government journey.

It coincided with Prime Minister Scott Morrision's visit to Vietnam last week, which was aimed at strengthening the bilateral relationship between the two nations.

The agreement, which takes effect immediately, will see the DTA share its knowledge and skills on e-government and digital transformation with Vietnam's Office of the Government.

While the terms of the MoU are yet to be made public, iTnews understands avenues like secondments could be used for transferring knowledge between Canberra/Sydney and Hanoi.

A similar approach has previously been taken in the DTA’s former life, when its predecessor the Digital Transformation Office signed a MoU with its UK equivalent, the Government Digital Service.

That 2016 agreement formalised a path for secondments and project work between London and Canberra/Sydney, though whether or not the MoU still exists and is uses is unknown.

The MoU with Vietnam will complement open dialogue on digital transformation between the DTA and other international governments, including those from the Digital 9 like the UK and New Zealand.

The Digital 9 is made up of the founding members of the Digital 5: the UK, South Korea, Estonia, Israel and New Zealand, as well as Canada, Uruguay, Mexico and Portugal.

“This MoU with Vietnam provides a significant opportunity to collaborate and formally facilitate the exchange of experiences and knowledge,” DTA chief Randal Brugeaud said.

“Digital transformation doesn’t happen in isolation. It is both a challenge and an opportunity that governments around the world are all facing.

“We cannot underestimate the value of sharing expertise and learning from our international counterparts.”

Earlier this week the DTA also resigned its MoU with the Australia Information Industry Association aimed at strengthening collaboration between government and the IT industry.