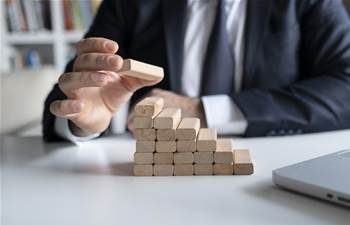 Looks to the Queensland government and within.

The Digital Transformation Agency has appointed a raft of new senior executives, including a chief technology officer in Andrew Morrison, as it looks to reset its leadership team following an exodus of talent.

Morrison will join the agency later this month from the Queensland government, where he has spent the last three years as chief digital officer of the Department of Communities, Housing and Digital Economy (DCHDE).

In the new senior executive service (SES) band one role, he will provide “strategic advice on the development and implementation of digital systems and architecture to the Australian government”, a DTA spokesperson told iTnews.

He will also “advise on how technology will be used as part of Australia’s ongoing digital transformation to improveme government and its services, while supporting national interests through the promotion of technological innovation”.

Morrison, who would have crossed paths with DTA chief executive Chris Fechner during his time as the Queensland government’s chief customer and digital officer, comes to the DTA after working to deliver pandemic-related digital services over the past two years.

As DCHDE CDO, he was responsible for the early iterations of Queensland’s QR code check-in app, Check in Qld, which shares its foundations with the ACT government’s Check in CBR app, as well as border forms.

Prior to joining the DCHDE in July 2019, Morrison spent two-and-a-half years at the then Department of Housing and Public Works as the director of QLD Online, and did two stints as acting chief information officer.

The DTA has also appointed Wayne Poels as its new general manager of investment, advice and contestability, a SES band two role that will take charge of the DTA’s role in the budget process, investment approval conditions and delivery assurance.

Poels has been acting in the role much of this year, having joined the agency in the role of branch manager, transition reform taskforce in June 2021 from the Department of Prime Minister and Cabinet.

“Poels will lead a division with a broad function that assesses digital investments for value for money, procurement of digital products and services through government panels and marketplaces, and provides assurance of... digital investments,” the spokesperson said.

The appointments come six months after the DTA lost half its leadership team, including one of its longest serving staffers, following a significant restructure of the agency’s remit that saw it cede its digital delivery responsibilities.

As revealed by iTnews in April, the agency has lost close to 40 percent of its staff since taking on its new mandate as the government’s digital adviser, providing strategic planning, investment, contestability, assurance and digital sourcing guidance.