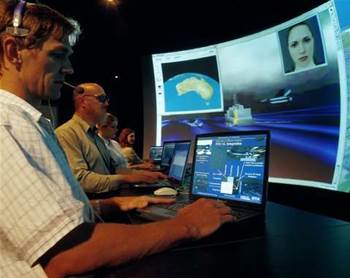 Employees of the Defence Science and Technology Organisation (DSTO) could find themselves on the IBM payroll under a new research and development partnership inked this week between the IT giant and defence’s innovation wing.

Under the partnership, DSTO staff will spend time seconded to IBM research and development divisions to learn from the kinds of capabilities that the company is working on, chief defence scientist Dr Alex Zelinsky told iTnews.

He said DSTO would also consider accepting IBM staff with appropriate security clearances into its own workforce in return.

“It is important that we can leverage the knowledge and expertise of other organisations, especially in an environment of constrained resources,” Zelinksy said.

“A lot of our people are very highly skilled and this is a way of further developing their expertise.

Similar arrangements have been struck up with defence specialists including BAE Systems and Thales. A DSTO scientist is also currently working a two-year secondment with Australian firm Aerospace Concepts.

Zelinsky said an alignment between IBM’s areas of research expertise and the DSTO’s own priorities – cognitive computing, big data analytics and cyber security – led to Big Blue being singled out for the partnership.

“I think that they probably issue more patents each year than any other IT company. They are a real powerhouse in this space,” he said.

The arrangement could see the technology that powers ‘Watson’ – the IBM artificial intelligence supercomputer which recently gained a capital injection of $1 billion – used to manage the maintenance and sustainment of defence’s extensive and complex military fleet.

“We need to find ways to capture the knowledge of very specialised staff who come and go from the defence agencies,” Zelinsky said.

The collaboration will also study ways to protect Australian government and businesses from cyber attacks, as well as "pre-competitive areas of development – things that might be useful tomorrow,” he said.