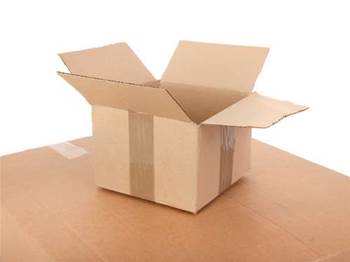 Online storage company Dropbox has launched the application programming interface (API) for its business offering in an effort to capture more enterprise customers.

Dropbox boasts 100,000 corporate customers for its business service, and 300,000 apps. These include Microsoft Office file compatibility, as announced in November this year.

The company has traditionally been consumer focused but has over the past few years taken aim at the enterprise market in which competitor Box.net has stolen the march on Dropbox with a developer platform.

The Dropbox for Business API provides some 20 enterprise integrations that the cloud storage provider hopes will entice organisations into developing business collaboration solutions based on its service.

Dropbox country manager for ANZ Charlie Wood told iTnews that the API is feature-complete and mirrors the functionality of Dropbox for Business.

"It will continue to evolve with Dropbox for Business," Wood said.

Features such as audit logs to track document access and editing, API endpoints that provide apps with info on teams and their members as well as reports are part of a set of collaboration tools that have now been made available to developers.

External federated identity services such as Microsoft's Azure Active Directory can be used to establish single-sign on to Dropbox via the API too.

Wood suggested the API could be used for a variety of business applications such as meeting regulatory compliance requirements with secure search and information preservation in Dropbox for Business accounts.

Security information and event management - SIEM - analysis is another use of the API, along with protection of sensitive information, data transfer, and digital rights managment.

Use of the API is free, Wood said.