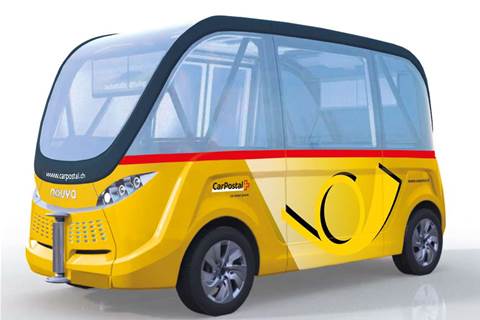 Swiss tourists and public transport users will soon be able to board driverless buses after a local start-up secured a deal with Switzerland's public transport operator to trial the autonomous mode of transport.

Two new autonomous buses will be put into service in the tourist area of Sion during the two-year test period, which will begin next March.

The trial comes as part of a collaboration between public transport operator PostBus and the Swiss start-up BestMile, founded by gradutes from the Swiss Federal Institute of Technology.

It is the first commercial contract for BestMile, which was formed in January 2014.

The driverless buses will be able to carry nine passengers at a time, and will be the first test of autonomous vehicles in the country. The aim is not to replace existing buses, but rather to link places that aren't currently covered by public transport, the start-up said.

BestMile said its technology “offers a solution to control fleets of autonomous vehicles in the same way a control tower does in an airport”.

Last weekend South Australia played home to the first on-road demonstration of driverless cars in Australia with a trial of an auto-piloted Volvo on Adelaide’s Southern Expressway.

The state is hoping makers of autonomous vehicles will set up shop in SA and fill the economic void left by departing traditional car manufacturers.