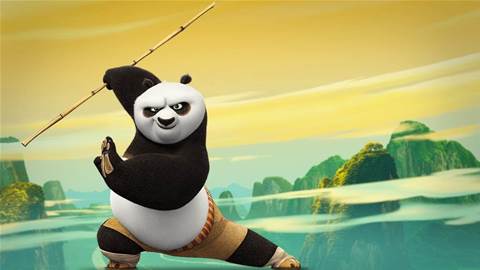 Helps artists get hold of compute.

DreamWorks Animation has laid out an ambitious plan to modernise its technology infrastructure and increase agility in order to meet the studio’s ever-changing business demands.

The animation studio - responsible for titles like Shrek, Kung Fu Panda and The Boss Baby - is four years into its journey to enable full end-to-end automated infrastructure provisioning and deployment.

The initiative is seen as essential to improving the film-making process.

By adding flexibility and scalability, artists can achieve a greater amount of creative iterations and the studio can work on multiple projects at the same time, including animated features and shorts, TV series and interactive media without adding cost for overprovisioning or production delays.

So far, DreamWorks has automated the software delivery pipeline and overhauled its IT infrastructure, shifting from a traditional set-up to a private cloud.

The next step will be to evolve the private cloud into more of a hybrid cloud architecture, where it can call upon public cloud resources in addition to its own internal DreamWorks cloud, through a single, unified control panel.

Decker is presenting a keynote at Cloud & DC Edge 2018 next week, which is co-organised by Adapt Ventures and iTnews.

“I’ve been trying to get to end-to-end provisioning and deployment automation in my career for 12 years, but only in the last few years have there been technologies that have unlocked the ability to do that,” Decker said.

“Essentially, I want to get to a point where the last human act between slotting in a new server blade and an application running is the initial build of the additional hardware resource.”

Decker said the rise of Docker, Kubernetes and platform-as-a-service had presented breakthrough capabilities for organisations like DreamWorks.

The company’s chosen platform-as-a-service (PaaS) that sits atop its private cloud infrastructure is Red Hat’s Openshift.

“We trialled various software platforms around the same time about four years ago, and also tested Docker as part of Openshift before it became Docker-Kubernetes based,” Decker said.

“After making the most progress with Openshift, we took it to production but have been able to implement in such a way that we can change even our PaaS opportunities to help drive innovation... I anticipate that we’ll have more opportunities, as we’ve yet to fully explore it.

With the private cloud largely bedded down, Decker’s team is presently enhancing capabilities around usability and self-service.

“We’ve codified a lot of the commodity work that engineers would do such as provisioning storage or servers, configuring virtualisation, or deploying a container onto the bare metal,” he said.

“Now we have to continue down this road of refining some of the usability. Right now, we’re focused on documentation and then we’ll look to increase the sophistication and capability in networking in order to kickstart adoption of the self-service capabilities.

“I think we’ve got servers and storage pretty well defined and codified, so our next focus will be around software-defined networking (SDN).

"We plan to re-baseline our entire network topology from its current collapsed core to spine-and-leaf as well as move to IPv6 as part of this modernisation and to take full advantage of the latest in SDN from the start.”

The studio then plans to evolve the private cloud into more of a hybrid cloud set-up.

“The next step in the journey will be to manage public cloud resources using a unified control plane,” he said.

With numerous projects in development at any given time - all requiring massive compute - the studio’s goal is to operate and maintain control over performance and availability of IT at the same speed as a public cloud, but based out of its local data centre for cost savings.

“Our plan is that DreamWorks cloud will hide the complexities of provisioning on bare metal from the end user - our artists and developers - as well as assign available hardware that fits the user's requirements by interacting with outside provisioning systems on behalf of the user request,” Decker said.

“We want requests to be intuitive for artists, while still maximising on existing resource capabilities.

“We have a heuristics engine that allows us to analyse the cost of deploying a particular workload on a given target, taking into account the economics and calculations around deploying onto public or private cloud.”

Cloud & DC Edge is being held at RACV Royal Pines Resort on the Gold Coast on 13–15 March. Don’t delay in securing your place at Australia’s leading cloud and infrastructure event. For more information and to register, visit ADAPT’s website.