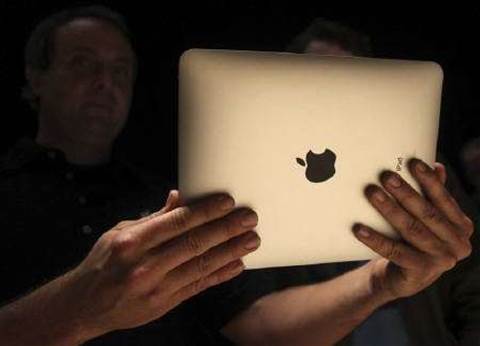 The nondescript stretch of asphalt is an unlikely symbol of Brazil's attempt to lift its economy into a new high-tech era.

If officials in the industrial town of Jundiai get their way, it will soon be named Steve Jobs road - in homage to the late Apple co-founder and a nod to the expected windfall that producing iPads and iPhones here will bring.

Brazil's government has loudly proclaimed a deal it says is worth $US12 billion for Taiwanese technology giant Foxconn to produce iPads and build a whole new industry based around screens used in an array of consumer electronics from smartphones to televisions.

But the infamous "Brazil cost" -- shorthand for the bureaucracy and high taxes that plague business in the country -- is already overshadowing the deal, complicating negotiations with Foxconn over the broader investment plan.

The deal's transformative potential for Brazil is clear -- a home-grown technology industry could move the commodities giant up the value-added chain to join the likes of Taiwan and South Korea, reducing its dependence on manufactured imports from Asia.

Yet critics say Brazil's shallow labour pool and poor infrastructure make it ill-prepared to make the leap to high-end work and that it risks being stuck at the low end -- assembling components designed and made elsewhere.

At first, Foxconn will have to fly in most of the key components such as semiconductors, modems and screens from China, as Brazil attempts to raise its ability to produce more of them locally.

"We are selling our market very cheaply, giving tax incentives for a company to come and produce something that is already developed in the world market," said Joao Maria de Oliveira, a researcher at the government-linked Institute for Applied Economic Research, or IPEA.

"It's not something that adds much value and it won't leave much here."

The amount of value added to Apple products by Foxconn's approximately one million workers in China is a mere $US10 or so per device, according to a study by researchers at the University of California, Irvine.

Brazil has cut taxes and duties on tablet production in a move that should reduce the retail price by about a third and is phasing in production requirements to foster a local components industry.

Separately, it is in talks with Foxconn on a package of incentives, including priority customs access, more tax breaks and subsidized loans from state development bank BNDES to secure the bigger investment in high-end screens.

It isn't hard to see what's in it for Foxconn, Apple and other foreign companies, including Motorola and Samsung that have expressed interest in making tablets here.

Apple will gain better access to Brazil's voracious consumers, who have faced high prices for its products due to hefty import tariffs, and will create a jumping-off point for other rapidly growing Latin American countries.

Foxconn, the world's largest contract electronics company, with around a third of the global market, would gain a vital foothold in Latin America's largest economy and reduce the risks of having so much Apple production in China.

Producing in Brazil would also give Foxconn and Apple preferential access to Brazil's partners in the Mercosur customs union -- Argentina, Paraguay and Uruguay.

But the "Brazil cost" raises doubts over whether Apple will be able to make the iPad cheaply enough for the Brazilian market and use it as a major base to export to the United States and Latin America.

Brazil's consumer market is a huge draw for companies such as Apple, but analysts say the domestic industry will likely take years to move beyond assembly to higher-end production.

"I don't think they (Brazil) are ready to support huge growth as far as the electronics sector is concerned."

The Foxconn factory near "Steve Jobs" road is rumoured by Brazilian media to already be producing iPhones and is expected to start churning out iPad tablets by December for sale to Brazil's growing middle class.

The company, whose main listed vehicle is Hon Hai Precision Industry, has already hired more than 1,000 people in Jundiai, a medium-sized city an hour away from Sao Paulo, to work at a new plant.

Jundiai is planning to build a technology park and nearby towns are also looking to draw more such investment.

"We're the BRICs of Brazil," said Carmelo Paoletti Neto, a spokesman for the town, comparing the region to role played the emerging powerhouses Brazil, Russia, India and China on the global stage.

But the starting monthly wage for members of the metalworkers' union in Jundiai is about 1,058 reais ($US605) -- nearly double the 2,000 yuan ($US315) minimum wage Foxconn paid in China as of last October.

Those wage pressures are likely to make it hard for the iPad price to fall any time soon to a range that would give it the mass-market appeal it enjoys in the United States.

That is significant growth -- but the 60 percent of Brazilian households without a computer won't necessarily rush out to buy tablets, cautioned Jose Martim Juacida, an analyst with the company.

"The first computer purchase is usually a desktop or a laptop, because a desktop can be shared," he said.