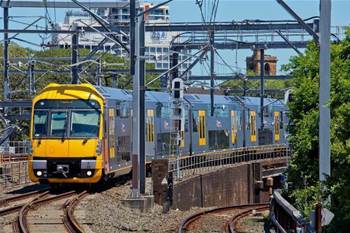 While details on specific target projects are yet to come, Cisco on Monday said the arrangement would utilise its Cisco Kinetic platform, previously dubbed the “Smart+Connected Digital Platform”.

The local tie-up comes as Australia’s states push ahead with once-in-a-generation rollouts and renewals that in NSW accounted for $14.4 billion on public transport infrastructure alone in the last state budget.

It also means Cisco will be able to catch a ride on Downer’s considerable machinery for bidding on massive infrastructure projects as opposed to trying to win business by independently casting for the tech side of big tenders.

According to the joint announcement, the alliance will cover smart traffic management, public transport lighting, roads and drains as well as network management and protection as IoT infrastructure comes online.

The partnership is significant because it aligns local infrastructure builders with a network platform of scale, an alliance the pair are evidently betting will go some way to addressing Australia’s notoriously unconnected infrastructure backlog.

“We see this partnership as a critical component of our smart city deployments over the coming years,” said Downer’s group manager, technology and innovation, Jeff Sharp.

“Downer is keen to maintain and grow our leadership position in this market, and the partnership with Cisco lets us tap into some of the best technology globally and deliver our customers smart infrastructure that makes life better for the general public.”

The partnership also means that the pair will be able to pitch for projects and work with an integrated IoT offering from the ground-up rather than bolting it on later.

Kevin Bloch, Cisco’s ANZ chief technology officer said transport had been both a strategic focus and area of “significant investment” for Cisco and was a sector through which “technology will rapidly permeate and transform” in the “coming years”.

“Downer shares this focus and has a substantial transport business including the building and maintaining of roads, rail and trains, as well as the operation of public transport fleets across Australia and New Zealand,” Bloch said.

The partnership already has some early runs on the board in Western Australia, where Downer and Cisco last year teamed up to build a centralised data centre to consolidate CCTV feeds from across the state.