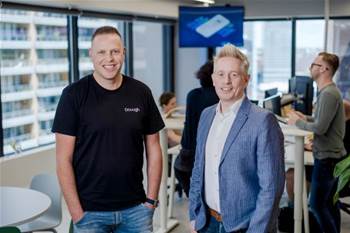 Will roll out banking products.

Financial management app Douugh is set to offer traditional core-banking services in Australia through a partnership with Railsbank.

Through the new partnership, Douugh is expected to officially launch a ‘financial super app’ offering in Australia in mid-2022, pending final accreditation which Railsbank will obtain from Volt Bank.

Douugh is also set to launch its banking products and service across the UK, Europe and Southeast Asia through the BaaS partnership following the Australian launch.

“By partnering with Railsbank, Douugh will rapidly gain access to fully licenced ADI-issued bank accounts, connection to the various payment rails in Australia, and Douugh-branded debit cards," Taylor said in a statement.

“We will also be able to enter new markets much more efficiently and expand significantly faster.”

Railsbank most recently entered into a similar partnership with microbusiness banking app Parpera, allowing the fintech to offer self-employed workers digital tools such as invoicing, cashflow statements and tax reporting.