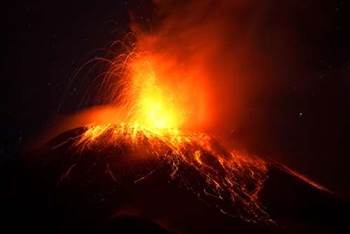 An audit of a content filtering system installed in the Parliament of New South Wales has revealed that Macquarie Street officials browsed adult material over a period of four months earlier this year.

The Ernst and Young audit [PDF] also revealed that the IT team at NSW Parliament has a content filtering system installed to monitor and log internet traffic, but had not switched on features of the product that would allow for content to be blocked in real-time.

NSW Parliamentarians were free to 'opt-in' to a clean feed.

The report, which monitored log files between 10 February 2010 and 17 June 2010, revealed that "adult content has been browsed using the Parliament of NSW's IT Infrastructure."

The log files showed that 35 adult-related web sites had been visited, and some 14 adult-related content advertisements had also appeared in pop-up ads. On a hits basis, the report revealed that the second most popular site in all categories was photo galleries within the 'adultmatchmaker' dating site.

Some 210,000 hits were also recorded under a 'swimsuit/lingerie/model' classification.

Of greater concern was that "nine websites that contained sexually explicit images of young people" were found to have been viewed. But the auditors did not feel it was within scope to explore whether this material constituted child pornography.

"You may wish to seek legal advice in relation to these issues," the report said.

The report also noted that the system misfired on several occasions in terms of what it classified as adult material.

Ernst and Young partner Rob Locke noted that whilst the Parliament used the ContentKeeper filtering system, the internet traffic of NSW officials was not blocked on the fly.

"We were advised by your IT Section that no blocking had been implemented in the application for any of the filtering categories until some time towards the end of August 2010," the report said.

"We were also informed that Parliamentary Members have to opt in to the IT policy relating to internet filtering and therefore, are not blocked from certain content by default.

"ContentKeeper has an option to enable Live Filtering which at the time of our analysis was disabled."