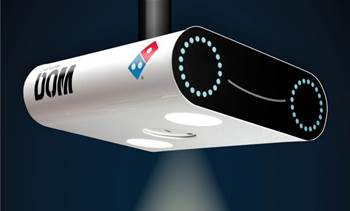 Australia’s biggest pizza maker has called for software development and code cutting to be recognised as a legitimate manufacturing industry, cautioning a failure to do so could hold back development of the local IT skills pool that is already in short supply.

In a clear shot across the bow of how Australian industry policy is developed, the $4.7 billion Brisbane-based high-tech fast food giant says it's time code cutters and software engineers were classed as makers rather than propeller heads, so a lasting domestic skills base takes root.

“For Australia to become an e-commerce powerhouse on the world stage, we need to consider technology development as the manufacturing industry of our future,” Domino's said in a frank submission to the Senate Select Committee On Financial Technology And Regulatory Technology.

“We should be ‘manufacturing’ digital, with the technology graduates of today becoming the ‘digital apprentices’ who are building their skills to support an entire industry in the near future. This requires scale.”

The position to class information technology development and software as a ‘making’ industry is far from uncontroversial, with the tertiary education sector and professional membership groups for decades arguing that IT ought to be seen as a revolutionary science rather than a trade or craft.

While that position may elevate the social status of people working in IT and ‘computer science’, it has also created high barriers in terms of attaining qualifications and entry into the Australian labour market, with supply being problematically lumpy in boom and bust cycles.

And although many stakeholders have called for a big policy push to feed the tertiary STEM funnel from primary school level, local graduate supply has remained challenged because of fears qualifications could become redundant or displaced by offshoring or cheap imported foreign labour.

Feeding into that problem is the fact that Australia still does not consistently measure, at a statistical level, the volume or value of software created in Australia, let alone estimate the value of software exported, thus cutting it out of the economic picture.

As major tech employer that develops its own hardware and software, Domino’s has come at the skills and scale dilemma from a different angle, arguing it’s the stove-piping of job opportunities that’s creating issues and inhibiting scale fleshed out with a sports analogy rather than an econospeak.

“An Australian cricketer can progress from the junior ranks through to Australia’s premier team without leaving the country to progress their career. There is sufficient depth of competition that the individual can train, compete, learn and advance, entirely within the local ecosystem,” Domino’s says.

“By contrast, a professional soccer player is more likely to have spent multiple seasons in overseas competition before joining the Socceroos. While the Australian competition is of a very high standard, truly world-class opportunities against which to test and advance their skills are only available offshore. So it is with developing a technology industry.”

Domino’s says that ten years ago, Australian corporates could get enough tech specialists to fulfil their needs “with a narrow range but deep experience in a limited number of software or hardware architectures.”

But agile and collaborative development, along with many, many more enterprises or their suppliers needing tech staff, have blown that wide open, creating a needs paradox in the local skills ecosystem that boils down to the old industrial skill metaphor.

Echoing Westpac and other major software buyers who have called for more local development in employment by overseas software suppliers, Domino’s also has a thinly veiled shot at big software.

“To support this industry, it is not sufficient that Australia becomes a satellite office for technology developers headquartered overseas,” Domino’s said, adding that “to create sufficient scale requires an increasing number of companies, not just an increase in size of companies.”

There’s also a hot and spicy appraisal of the current research and development grants and tax incentives system, and their reliance on the culture of traditional science rather than technology innovation.

“Australian industry is competing against overseas companies who are spending billions of dollars in this space – at some point it becomes cost ineffective to do this development in Australia for the sake of it,” Domino’s argues, before pointing out it’s not just about the discount.

“As a global company, [Domino’s] is particularly attuned to recognise the importance of tax competitiveness, but the rate of these incentives is but one factor contributing to decisions regarding where technology is ultimately developed. Certainty, and simplicity of the taxation regime is equally important.”

The core problem with tech incentives, the pizza maker says, isn’t that they exist, it’s that they use a framework that is completely alien to agile development to measure if software is worthwhile.

“Software architects are not scientists and operate in a different manner. To arbitrarily impose a scientific method on this approach, in order to quality this development as innovative under the current R&D incentives, is counterproductive,” Domino’s said.

This next bit chunks down the problem quite neatly.

“Software development is not generally considered as a scientific experiment, nor is this development conducted in the same way, for example, by documenting this process against the scientific method.

“The fact that this methodology (e.g., hypothesis, method, results, conclusion) is not documented in software development does not change the inherently innovative nature of the work being undertaken.”

The pizza maker reckons a more appropriate approach is “for applicants to separately document the uniqueness, specific innovations, and potential economic impact of the development.”

Whether the politicians on the fintech and regtech commission will listen to Domino’s is an open question.