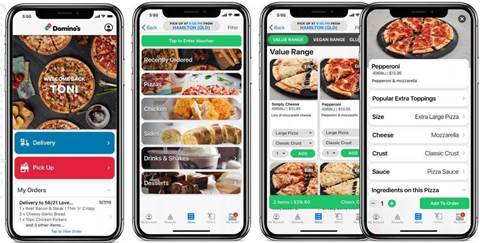 Australian pizza empire Domino’s might tout its AI driven “pizza checker” as a big win for customers, but on the floor of the kitchen the device that scans toppings and matches them to orders has become a powerful surveillance tool to keep staff and product on spec.

After a rough start out of the gates thanks to teething issues, Domino’s on Thursday revealed progress on deploying the mighty food scanner which is being pushed to investors as a major competitive edge over junk food rivals in terms of efficiency and consistency.

Having spent more than a year talking-up the product enhancing potential of the Pizza Checker, Domino’s on Thursday updated impatient shareholders on the rollout and performance of the device, including how it’s being used to assist underperforming franchisees.

However company insists the technology isn't being used as a basis to select or initiate store buybacks, telling iTnews that neither franchise profitability nor pizza quality data was not a factor in such discussions.

"It’s crucial that we are clear DOM Pizza Checker is a tool used to train our team members and improve the quality and consistency of our pizzas, not to punish those who make mistakes," a spokesperson for Domino's said.

"We know that in a busy store environment, mistakes can happen. DOM Pizza Checker was created to work alongside our team members, helping them make and bake pizzas to perfection even in busy periods."

However the Pizza Checker does send data back to a central data lake, the spokesperson confirmed.

In the investor presentation, the quick service giant also revealed it has “incorporated” Pizza Checker into its “OER process” (operations evaluation report xls ) which reports performance on food output back to head office, a development that means pizza master control can track production levels and quality remotely.

There’s clearly a focus on prodding what Domino’s classes as underperformers too, with the deck revealing the integration of Pizza Checker into OER is “focused on stores with below average pizza quality”.

“Like any new technology, there are always early and late adopters," Domino's spokesperson told iTnews.

That said, the franchisor revealed it in its presentation that it is using a “fortressing” strategy – which it again insists is a separate initiative to Pizza Checker – to buy back underperforming stores and then fixing and flipping them so that increased profitability flows into increased royalties and revenues.

And there are more technology-driven workplace enhancements on the way thanks to the great pizza panopticon.

Domino’s said a second iteration of grading software is en route, though didn’t specify a delivery time. The big leap forward, apparently, is that the AI will now be able to recognise different pizza crusts, a feat apparently too complex for version one.

Team members will also be “empowered” by having the Pizza Checker scores displayed “as a live feed on the makeline” – an enhancement to existing functionally that sounds an alarm to order a “remake” before pizzas hit the oven.

But there are still clearly residual teething problems affecting Pizza Checker’s ability to focus on the task at hand.

Domino’s said it plans to increase the percentage of “pizzas matched to orders and reduce incorrect matching and partial matching”.

Like franchisees, the AI is on a leaning curve.

"As is the nature of artificial intelligence, this technology will only continue to learn, improve and develop on the job, and we look forward to continuing to deliver a world-class experience for customers.”