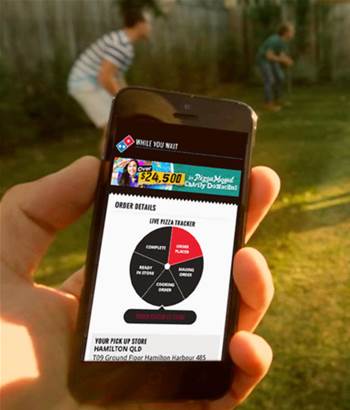 A four-year legal stoush over GPS technology used by Domino’s Pizza to help hungry customers monitor the status of their pizzas during delivery has ended in a confidential settlement.

Domino’s Pizza Enterprises said in a brief financial filing [pdf] that it had settled its dispute with Precision Tracking” over the GPS driver tracker technology.

The battle has been going on since 2014 when Domino’s pulled the pin on GPS tracking technology it had been testing with Precision Technology for two years prior.

Domino's went on to create its own vehicle tracking system in partnership with Navman Wireless. Precision Tracking claimed Domino's and Navman reverse-engineered its technology to create a replica system.

The pizza maker was forced to hand the source code for its app over to Precision Technology for examination as part of the court process.

The protracted court action has now led to a settlement.

“Under the settlement, Domino’s Pizza is entitled to continue using its GPS driver tracker technology,” the company said.

Both companies had dropped claims against one another.

Domino’s said it was “satisfied with the commercial terms of the settlement which are confidential”.

However, the pizza maker said the settlement would not have a material impact on Domino’s forecast earnings in FY19.