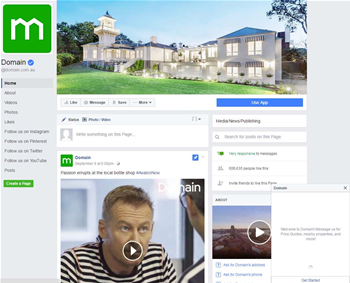 NLP across multiple platforms on the horizon.

Developers at property site Domain are tinkering with bot technology to improve conversation-driven development and reduce the need to page-hop for the site's users.

The IT team at the Fairfax-owned real estate website have around eight active bot projects currently running, according to CTO Mark Cohen.

Around 75 percent are already live, and the remainder are expected to be switched on soon in "some expanded form".

Five of the bots are written in Python, with the rest in Node.js and Ruby. All are hosted in AWS, mostly on EC2; one is in Docker, and another on Heroku.

"When looking at the intent behind the bots we've built, we see two universal themes: Firstly, the ability to complete chatops style actions from Slack. Secondly, to perform basic functions without interrupting a user's context," Cohen said.

In terms of chatops, Domain's devs have built several functions: integrating third-party SMS alerting in their Slack incident channel; the ability to get information on their AWS auto-scaling groups directly from Slack; and the ability to interact through Slack with the Google Vision API that has been integrated with Domain listings.

"One of the primary drivers of our bot projects has been the early adopter mindset," Cohen said.

"Most people working on bots are looking for ways to create genuinely useful bots to release to customers."

The tasks that will likely be replaced by bots first are those that are tedious and repetitive, he said - such as functions that are currently performed by contact centres. Automating these tasks would allow front-line staff to add more value to customers.

"We have agents running around trying to fix an issue with a particular listing, and most of the time that's done by someone running a script," Cohen said.

"You want to free people up to talk to customer experience people about the performance of their product, rather than 'let me fix your picture'. There's capacity for them to add real value when you can take away the menial tasks."

But he also sees the potential of bots in tying "natural language processing, machine learning, all our microservices and state/context retention together".

Domain currently has a bot running on Facebook Messenger that allows people to request and receive the price of a particular listing without having to leave the Domain Facebook page.

Cohen indicated Domain's next step was to build a smart natural language processing bot that can interact across multiple platforms, giving users granular detail on a property without having to leave the page they are currently on.

"Slack, Skype, Whatsapp, Facebook...  Wherever it can sniff out new people to chat with," he said.