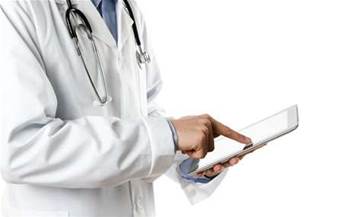 The Australian Medical Association has strengthened its calls for the reversal of full patient control over My Health Record data so clinicians can have more confidence in the under-patronised system.

AMA president Dr Michael Gannon said the ability of patients to control what is entered into their personal health record and who can access it is contributing to a lack of faith in the MyHR system amongst doctors, who have been sluggish adopting it as a result.

“If patients are able to control access to core clinical information in their electronic medical record, doctors cannot rely on it,” Gannon said, unveiling the AMA’s revised policy towards electronic health records today.

The medical lobby said as of April, only 798 Australian health providers had uploaded a shared health summary into the national My Health Record system since its inception.

The Department of Health confirmed earlier this year that just 300 medical practices nationally - out of more than 8500 - were regularly populating the system.

A recent survey of 658 medical practices by the AMA found that a lack of trust in the completeness of MyHR records was one of the greatest obstacles blocking clinician uptake.

And with the formal shift to opt-out records on the consumer side imminent, convincing doctors it is worth their while to contribute and refer to personal health records is set to become the biggest challenge facing the MyHR remediation.

The AMA is now asking for a minimum core data set to be quarantined from changes by the owner of a patient record.

In time, this should expand to include ECG results, blood types, vaccinations, infectious disease status, surgery history, emergency contact details and a number of other clinical observations, the AMA said.

“Certainty that shared electronic health records contain predictable core clinical information which is not affected, conditioned or qualified by the application of access controls, is critical to the achievement of the legislated objectives of the My Health Record,” the AMA said.

“Where specific information, other than core clinical information, is not made generally available, this should be made clear to treating doctors with a flag on the medical record,” Gannon said.

The lobby group has also warned the government about the potential for “data overload” as more and more clinical records find their way into patient’s electronic files.

It has suggested that practitioners should be indemnified for decisions made when they have been unable to locate critical data “buried in a sea of electronic documents”.