'Do not fear the cloud': eBay migrates $113bn marketplace 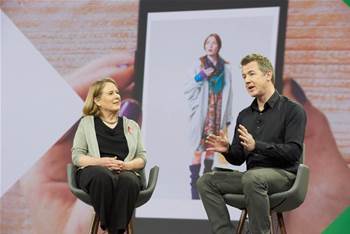 In under six months.

eBay has launched a public cloud-based production platform for its US$85 billion (A$113 billion) marketplace that runs in parallel to its core on-premise system as a first step to a full migration.

A few years ago the online retail giant started thinking about how it was going to meet the demands of customers as new generations of more digitally-savvy buyers emerge.

eBay has more than one billion live listings at any given moment across the 200 countries it operates in.

It experimented with public cloud computing technology in the past: a few years ago it moved its iPad listings page onto the Windows Azure platform.

But there was “a lot of untapped potential in the eBay marketplace and we wanted to get at it,” eBay chief product officer RJ Pittman told the Google Cloud Next conference in San Francisco.

“This was an undertaking we’d been thinking about for a few years, but got serious about a few years ago,” Pittman said.

“The demands of customers and shoppers today are changing so quickly.

“We said if we could bring the eBay marketplace to a modern stack environment, to a place where we are innovating almost every day for our customers … that would give us a tremendous advantage and a ton of momentum.”

Last year eBay assembled a team of engineers and within five months “went from nothing to the entire one billion live listings of eBay running in Google Cloud Platform”.

“It was not a test, not a prototype - it quickly moved to a production-grade environment that we ended up launching and bringing into market six months ahead of plan,” Pittman said.

Running a public cloud-based “parallel swim lane” - rather than “flipping the switch and moving the entire marketplace” - gave the retailer a lot of latitude ahead of a full migration, Pittman said.

Both platforms are live and service customers. eBay had to architect the public cloud platform in a way that ensured it didn’t create two separate marketplaces where two customers were buying the same single item.

Pittman said building a replicated system that runs in real-time makes the transition to the public cloud for large companies like eBay much more seamless.

“It didn’t just allow us to go to a cloud instance in North America. Using the global footprint we were able to test our theory and look at lighting up the Google cloud in multiple countries around the world, so that we could be serving our customers from where they are as if that data centre was sitting in their backyard,” he said.

“We’ve not been able to offer that kind of experience in the 22 years that we’ve been around. So this is really breakthrough for us and it’s our customers that really stand to gain.”

Allie Coyne travelled to the Google Coud Next conference as a guest of Google.