Do Aussie businesses pay too much for tech? 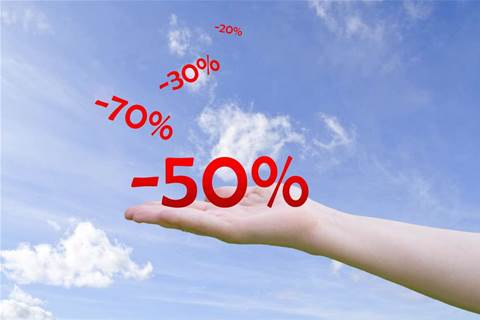 A federal inquiry into Australia's high technology prices could prompt changes in the IT supply chain, with benefits trickling down to consumers, small businesses and the enterprise.

Senator Stephen Conroy, who acts as minister assisting the Prime Minister on digital productivity, this week revealed plans to launch a parliamentary inquiry into why technology vendors typically charge more for their products in Australia than the US.

The so-called 'price gouging' inquiry will be conducted by the House of Representatives Standing Committee on Infrastructure and Communications, which includes Labor backbencher Ed Husic, who has lobbied against alleged price discrimination since last March.

Effects of the probe will likely be felt by three very different groups of buyers; consumers, small to medium enterprises (SMEs) and large businesses.

Each group of course tends to buy its techology and software differently.

With consumers, pricing is typically a sticker price with the ability to do some haggling when paying cash or bundling items.

SMEs with a few staff look for bundles. For example, if buying server software, they have access to client licensing that makes the cost per user lower.

For enterprises, there is potential for almost everything to be negotiated. When you're buying 100 servers, you can negotiate a different per unit cost than if you were buying a single device. The same goes with software and services.

We looked at three different product categories SMEs and enterprises all need: software, servers and peripherals.

After accounting for exchange rates and subtracting the GST from local products - US prices don't show local taxes - hardware and software costs appeared higher in Australia than the US.

We assembled a virtual shopping cart at online retailers from the US and Australia, including the following in each

Our US shopping cart came in at AU$2120 after conversion at the current exchange rate. In Australia, the same bundle cost $3183.

It looks like we are paying way too much for software. Incidentally, only Norton AntiVirus was cheaper here, costing about $19 less. All the other items were around 50 percent dearer locally.

We took a look at accounting software but a like-for-like comparison was harder as products are localised, so there are no exact product matches. Our research suggested that US prices were generally lower than local.

With peripherals, we bundled the following items.

In the US, this basket set us back about AU$420 but came in $550 here. Again, it looks like we're paying too much but almost all that difference came from the Epson printer.

The smaller items were all cheaper locally.

It is worth noting that retail worker salaries in the US are generally lower than in Australia, so at least some of that difference might be due to salaries.

A recent study by the US Bureau of Labor Statistics suggests that the media retail salary is about AU$12 per hour. In Australia, the Shop and Distributive Allied Employees Association suggests adult staff should be paid almost $18 per hour.

Enterprise purchases are not normally made through retailers. Large purchases of software and hardware are made by direct negotiation or through volume licensing programs.

As such, comparing prices is harder as there is no "sticker price". This is especially true with software, where different sectors such as education, government and business have access to different pricing systems and agreements.

With Dell, we looked at PowerEdge R310 and R710 servers and found that local pricing was significantly higher here. The R310 was on sale for AU$730 in the US, from a normal price of $1073. In Australia, the same server cost almost $1200.

HP's pricing was interesting. We spoke to local reseller CompletePC for a quote for an entry-level ProLiant N40L and mid-range ML350.

The Government's review will not force a change in pricing by retailers. However, by highlighting the price differences between countries, it may get prompt those in the IT supply chain to reconsider what they're charging so that small businesses aren't paying more than they should for essential equipment.

As Senator Conroy noted on Tuesday, the parliamentary inquiry will be about "highlighting the fact" that Australians pay more for technology than their US counterparts, and seeing what vendors have to say.

"When you're basically on par with the American dollar, you're sort of scratching your head and going 'what's the difference, it's not like it's got to be shipped here'," Conroy said on Tuesday.

"There might have been a transport cost and a distribution cost issue if it was a book or a physical product, so it does become a live debate.

"This is about highlighting the fact. These companies now have an opportunity to explain why there is this price differential, maybe there is a legitimate reason. We can see what they have to say.

"Or is this simple profiteering, when the [Australian] dollar was at 75 cents [US] instead of a dollar?"