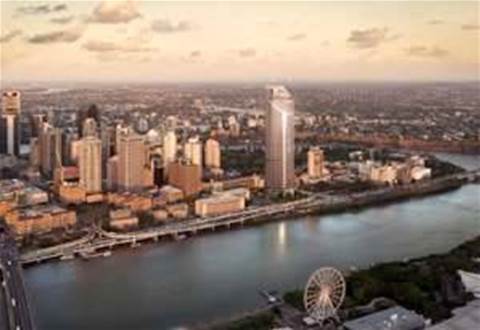 The Queensland government is refusing to disclose how much it will pay Dimension Data to complete the network fit-out of its new flagship office building in the Brisbane CBD.

It formally inked the deal with DiData in August, under which the provider will deliver wired and wireless networking, video conferencing equipment, room booking systems, “follow-me” printing and team collaboration tools into the 45-floor skyscraper currently under construction.

The billion-dollar construction project will see the whole building filled with more than 5000 Queensland government workers, including the premier, her ministers, and their staff, after the state failed to secure private sector interest in leasing floor space.

It is due to be completed in the third quarter of 2016.

Dimension Data has already started work on the project. The firm has also been contracted to support the infrastructure for up to ten years.

However, the government agency in charge of the IT component of the 1WS construction, the Department of Science, IT and Innovation, has refused to reveal how much it will spend on the work, telling iTnews the contract value was “commercial in confidence” despite the tendering process having now concluded.

[Update 23 November 5:00pm - The Department of Science, IT and Innovation has advised that the value is commercial in confidence because of ongoing negotiations within the scope of the contract.]

The Dimension Data fit-out is expected to enable the kinds of activity-based working practices envisioned by the Queensland government chief information office.

In March last year the GCIO issued a blueprint of how it thinks the building should be kitted out to deliver modern capabilities and a collaborative working environment for its tenants.

It said it wants to see a single shared network built that will enable agencies housed in the building to consume cloud-based applications and other IT resources on an as-a-service basis.

Dimension Data will deliver a federated identity framework that will govern access to the shared network from any parts of the 120,000 square-metre building. It will also externally host the real-time video collaboration tools that will be used by 1WS staff.

“Rather than adhering to the old-world model of purchasing and operating IT internally, the government has embraced a consumption model, where it only pays for the services it uses,” Dimension Data’s local CEO Rodd Cunico said.

“The government understands that technology is evolving rapidly and the traditional IT models of yesterday simply don’t cut it in today’s digitally-defined world."