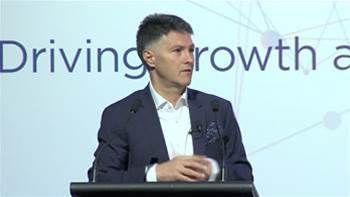 'A big reform, with national consequences'.

The state government has spent the last two years looking for a solution to allow its prized digital driver’s licence (DDL) to be accepted in a greater number of places.

Despite passing legislation to put the DDL on equal footing with traditional licences more than 18 months ago, businesses still require the plastic card in situations like buying a phone, hiring a car or taking out a loan.

After ditching an initial proposal for a 'copy solutiom' to allow businesses to take copies of the DDL, the government in late 2020 decided to work with the banks on a ‘validation solution’.

Unlike the copy solution, the validation solution was to be capable of hiding unnecessary information depending on the identity requirements of the business.

But as reported by iTnews this week, the government is now looking to pilot a “verifiable credential”. It is also continuing to work with private sector providers like banks on digital solutions.

While the nature of the credential was not known at the time, it now appears that the country’s planned digital birth certificate, and its underpinning platform, holds the key.

Dominello took to LinkedIn on Wednesday to spruik the digital birth certificate, which NSW is leading on behalf of Births, Deaths and Marriage registries across Australia.

Dominello said the project would “enable a nationally recognised system” for birth certificates – and potentially other credentials – from one state to be recognised in another.

“If we get this right – it could be a platform/framework for many other applications that is the source of so much friction, as people move/work between states and territories,” he said.

“As an illustration – whilst the DDL has been downloaded by 73 percent of drivers in NSW – it is still not recognised by other states and territories and many organisations, such as banks.

“This is why the digital birth certificate is such a big reform – with national consequences. It is critical that we get it right.”

As revealed by iTnews last month, software firm Thoughtworks has been selected to build out a proof-of-concept digital birth certificate that is the result of more than 18 months’ work.

The solution is expected to become available to NSW residents in late 2022, with other jurisdictions to gain access from next year.

A minimum viable product, which will be piloted with staff from NSW BDM, was expected to be ready in June, but according to Dominello this now looks unlikely.

“At this stage – we’re hoping to have an alpha ready in the next two months and a beta a few months after that,” he said.