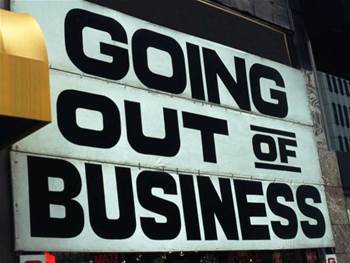 In a statement by its parent VASCO Data Security, it said that a bankruptcy trustee and a bankruptcy judge have been appointed to manage all affairs of DigiNotar.

This is already in effect. A trustee has taken over the management of DigiNotar's business activities.

VASCO's chairman and cheif executive officer T. Kendall Hunt said the hack of DigiNotar reported in August  did not affect its products.

“Although we are saddened by this action and the circumstances that necessitated it, we would like to remind our customers and investors that the incident at DigiNotar has no impact on VASCO's core authentication technology," he said.

“We also plan to cooperate with the Dutch Government in its investigation of the person or persons responsible for the attack on DigiNotar.”

VASCO president and chief operating officer Jan Valcke said that the company had no plans to re-enter the CA business in the near future and it expected that it will integrate the PKI/identity verification technology acquired from DigiNotar into its core authentication platform.

Cliff Bown, VASCO's executive vice president and cheif financial officer said: “We are working to quantify the damages caused by the hacker's intrusion into DigiNotar's system and will provide an estimate of the range of losses as soon as possible.”

Got a news tip for our journalists? Share it with us anonymously here.
Copyright © SC Magazine, US edition
Tags:
certificatediginotarsecuritytrust