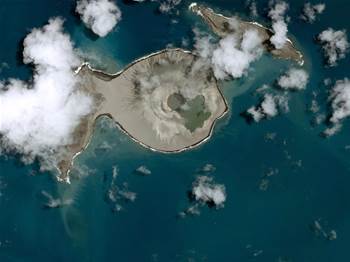 The link to Fiji is vital for Tonga’s international connectivity, since it provides access to the Southern Cross Cable Network.

Telephone services were restored using satellite services including Telstra, Spark, SES and NOVELSAT., but broadband access had to wait for a cable repair ship, the RV Reliance, to reach the cable break and complete its work.

Earlier this month, Reliance’s owner SubCom announced the ship’s work was completed, in the surprisingly quick time of eight days.

“We have leant some tough lessons and we know how important internet connection is to our people," Seuseu said.

"The recent incident has also provided the opportunity to our team to look at increased investment and network optimisation to plan and prepare better for a catastrophic event of such nature in the future."

Seuseu said the company’s domestic cable remains down, so the 40 islands of Vava’u are still using satellite communications.