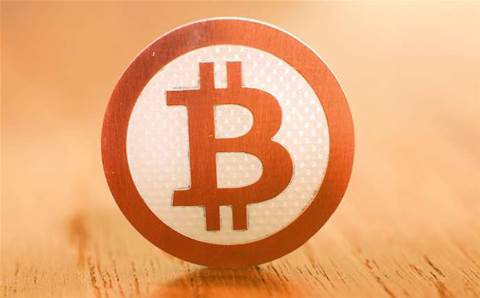 To work with ADCCA on accounting standards for bitcoin.

Australian Digital Currency Commerce Association is an industry group made up of Australian businesses that trade bitcoins and other cryptocurrencies, and is chaired by Ronald Tucker.

It advocates a self-regulatory framework and code of conduct based on industry best practice for cryptocurrencies, modelled on the Australian Payments Clearing Association (APCA).

Deloitte is planning to participate in ADCCA through a working group tasked with creating accounting standards for businesses dealing in cryptocurrencies.

The move is being spearheaded by Deloitte director Taralyn Elliott and partner Jonathan Perkinson.

“Deloitte has had an interest in digital currencies for quite some time, so this was a great opportunity to get involved. Digital currencies have a lot of momentum at the moment,” Perkinson told iTnews.

“With ADCCA, we’ll be working on the strategic, tax and regulatory changes that will need to happen, and we’ll be recommending and challenging specific changes in those arenas.”

According to Perkinson, an issue of key regulatory concern is the Australian Taxation Office's 2014 ruling that transactions in cryptocurrencies are subject to the GST.

“Australia taxes digital currencies as a service. So you pay GST on a digital currency, GST again to transfer, and corporates are charged capital gains tax just for having them on the balance sheet," he said.

“The challenge is to get cryptocurrencies taxed in an appropriate way.”

While Perkinson thinks it’s unlikely that cryptocurrencies will disrupt the big four banks, he noted interest from the sector.

“The chief executive of CBA [recently] said 'we are already a digital bank’. Agile, flexible fintech start-ups will break new ground, but the big banks have positioned themselves to take advantage of it.”

But Australian banks warned in April that they were being forced to close their doors to bitcoin traders over concerns that providing services to the digital currency industry could put them on the wrong side of anti-money laundering legislation.

Perkinson said similar concerns are preventing retailers from adopting digital currencies as a means of exchange.

“Crypto currencies are probably still a bit too out there for traditional retail service providers. And looking overseas, it’s the tech sector that’s driving digital currencies because of high international transfer fees. This is one way to avoid those costs," he said.

“Right now there are many challenges around things like tax and valuation that are concerning people. Once those questions are worked out, we would expect to see increased adoption. The EU tends to be ahead of us on that front.

“There you already see investments in digital currency for gains and losses [in price]. Once those challenges are overcome, you’ll start to see crypto currencies adopted more as an alternative currency.”

A key issue is that accounting standards around their use remain vague – which regulations and standards could help to address.

“As accounting interpretations develop we expect this to create more confidence in the industry, because with a regulatory framework around the industry users can feel more assured.”

Despite these issues, Perkinson sees strong potential for blockchain technology - which underpins digital currencies - as a security mechanism beyond their use as a currency, especially for enterprises that operate in emerging markets.

“I think the blockchain technology has a lot more potential to be disruptive beyond currency. For example, electronic voting, writing information to the blockchain is a way of preventing voter fraud," he said.

“This is not an issue in Australia, but in emerging markets where there are problems with the banking system, it’s an effective and secure way to bank.

“So far the benefits are incremental in Australia, but potentially they are very disruptive outside Australia, and especially in emerging markets.”