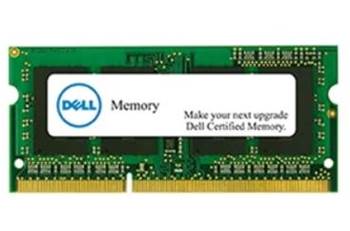 Demand will also cause delays to shipment.

Dell is warning customers of a global shortage of server memory modules that will cause delays to delivery times as well as product price hikes.

The company has advised customers to expect the delays and price increases from next month.

These "extended delivery timeframes" would affect "a number of server platforms", it said in customer communication sighted by iTnews.

"Please be aware that there will be a global shortage on memory modules of servers which will not only delay the delivery time to more than a month but also increase the price of the memory modules all over," Dell has advised.

In its earnings call earlier this month Dell's head of product and operations Jeff Clarke said the company was in "the longest protracted DRAM price increase that we've seen in the last 25 years".

"Combine that with that we're putting more DRAM in a server today than we were last quarter, than we were a year ago, and you have a compounding effect," Clarke said.

"The average amount of DRAM going in our servers, and the average SSD size going into our servers, is increasing [and] tells me we are selling higher in the enterprise workload.

"We are selling more higher-value solutions inside our customers, penetrating deeper configurations than we had in the past."

Earlier this year market research firm TrendForce warned demand for DRAM as a result of growth of hyperscale data centres in North America was fuelling a global memory shortage.

The firm said it expected the price of DRAM to continue to rise in the first quarter of 2018 as vendors struggled to meet demand.

Production capacity would not catch up with demand until the second half of this year, TrendForce estimated - meaning customers will have to bear delivery delays and higher prices until then.

Tech companies spent US$22 billion in the fourth quarter of 2017 predominantly on data centre infrastructure, according to market research firm Synergy.

The top five spenders were Google, Mirosoft, Amazon, Apple and Facebook, which Synergy said have 45 hyperscale data centres between them.

​It forecast that the total number of hyperscale data centres globally - currently at 400 - would grow to reach 500 by 2020.