Dell: This is not the year of the SSD 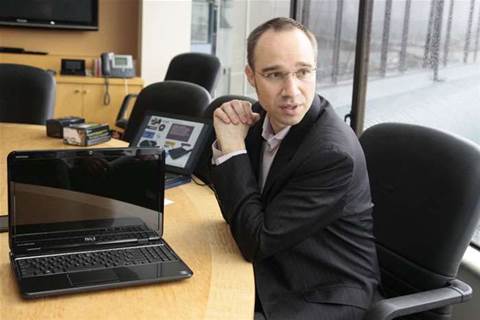 Dell is convinced that solid-state disk drives (SSDs) will remain a niche option this year, as customers still go for capacity over performance in the notebook market.

Stuart Buxton, general manager for the IT equipment giant's consumer division for Australia and New Zealand, told iTnews that only a small minority of customers equip their portable computers with SSDs currently.

"Those who go for SSDs are usually the gamers and enthusiasts, who want the best performance possible out of their machines," he said.

Dell offers SSDs as optional upgrades for the high-end XPS range of notebooks. The gaming-oriented Alienware high performance notebooks can also be upgraded with SSDs, but Dell doesn't offer any mobile computer with a solid-state drive as default.

There are vendors however that offer SSD-only notebooks such as Apple, which launched its MacBook Air range last year, with SSDs as the only storage option. These range in size from 64GB to 256GB, depending on the model.

In the PC market, Toshiba offers SSDs as the default option for its high-end Portege and Tecra models, ditto Sony with its Z-series premium notebooks, and Acer with its Green Machine Aspire 3811G, launched last year.

IDC figures suggest SSD adoption last year stood at less than five percent of the total portable PC market, Cheah said. SSD adopters tend to be tech savvy users such as gamers and frequent travellers who understand the difference between different types of drives, and are willing to pay extra for the benefits solid state drives provide.

Size handicap notwithstanding, Cheah said, "the potential for SSD is huge" as the drives provide greater reliability, mobility and performance.

With increased economies of scale and vendors pushing pricing downwards,  IDC expects the adoption rate of SSDs to grow exponentially over the next few years.