Defence's Oracle HR overhaul is over time and over budget 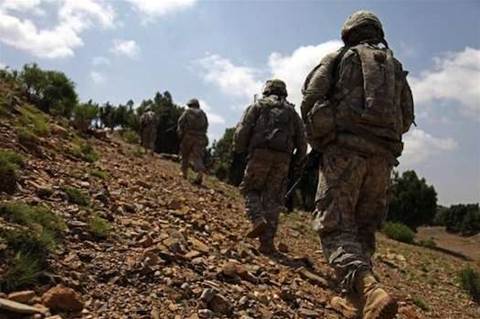 The Defence department's long-running replacement of its personnel systems with an Oracle software suite is over time, over budget, and will leave the agency with a gap needing to be addressed through custom-built software.

The Australian National Audit Office today published its review into the effectiveness of the Australian Army's workforce management.

The audit found that despite significant investment, the troubled 'Defence One' overhaul of the agency's ageing personnel systems is negatively impacting the Army's strategic workforce planning abilities.

The Department of Defence itself noted in its 2016-2026 strategic workforce plan that its systems don't support a "consolidated view of the future workforce demand by size and skills at category and occupational levels".

They also don't enable the department to properly identify emerging requirements by category and occupation.

"Without articulation of the future skills required by the workforce, Defence’s ability to determine how these skills will be acquired, developed and maintained is limited," it said.

Defence signed a deal with Oracle in 2012 to overhaul its personnel management key solution (PMKeyS). Accenture is helping deliver the modernisation effort as part of a $123 million, five-year deal [pdf].

PMKeyS is the Defence personnel management system that allows the Army to count and manage the number of staff it needs, grouped by category, rank, skill, experience, and education, among other categories.

The solution - which is largely a collection of bespoke systems - is to be replaced by a single Oracle software suite that can provide both transactional and analytical capabilities.

But the project is experiencing "budget and schedule issues" with the first two phases of the program, the ANAO said.

The go-live of this first phase of the PMKeyS replacement has been pushed back from March this year to "later in 2017" as a result of issues obtaining further funding, the ANAO revealed. The release was intended to establish a framework for subsequent releases of the personnel systems modernisation project.

Meanwhile the second of the first two phases - analytics reporting - is in limbo after the department found the new solution would only provide 50 percent of its current reporting capability, and it would need to custom build more than half of the new platform to meet its needs.

Defence discovered the issue in 2013. It undertook a review in May 2015 which found a "significant gap" between the capabilities of the existing and proposed data warehouse. The project team was then directed to ensure there would be no loss of reporting capability with the new approach.

But as at December 2016, the agency was still yet to make a decision on the future platform, the ANAO said.

In the meantime, support for the DB2 data warehouse Defence is currently using lapsed at the end of last year.

The audit office said the systems issues were having a flow-on effect on the Army's ability to effectively manage its workforce.

The Defence department did not address the ANAO's finding about the personnel systems problems in its response to the audit report.