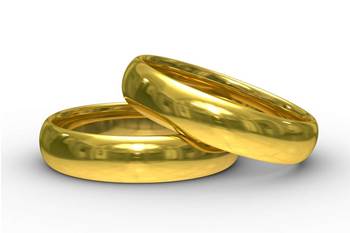 Spends a further $347m without testing the market.

Australia’s Department of Defence handed close to $348 million to IBM late last year without testing the contract on the open market, FOI documents have revealed, because the agency felt a change in architecture represented too much risk.

It was among the largest IT deals the Federal Government signed in 2011, and exempted from certain Commonwealth Procurement Guidelines (CPGs), designed to ensure taxpayers get best value for money when agencies purchase goods and services.

CPGs prevent agencies from directly sourcing goods and services worth more than $80,000, unless the deal fits a narrow set of conditions.

Defence described the contract as an extension to an existing $269 million, five-year deal signed in July 2008.

Few details of the contract were publicly available but iTnews filed a freedom of information (FOI) request to determine what reasons Defence cited to award the large contract without testing its value on the open market.

Defence has now published its response on its FOI log [pdf].

The agency’s FOI response noted that procurement staff relied on CPG exemption s.8.33e where “a change of supplier would compel the agency to procure property or services that do not meet requirements of compatibility with existing equipment or services”.

“Defence currently has a significant investment in its IBM products and services platform," a Defence spokesperson told iTnews.

Shifting off this platform would “represent a significant cost and risk premium over the continuation of its sustainment,” the spokesperson said, with ‘sustainment’ referring to the "provision of support for [the Department’s] existing capability”.

“IBM does not mandate a direct source,” the spokesperson added, but did indicate that the vendor nonetheless has a stranglehold on the agency’s systems.

“As this is an extension to an existing agreement and relates to the provision of support for existing capability, IBM is the only entity that can agree to changes to IBM’s terms and conditions of supply and use [for software, hardware and related services],” the spokesperson said.

The FOI response indicated that the Government last tested the market for its IT infrastructure 13 years ago in a 1999 review of the Defence Computing Bureau.

“Until such time as that is revisited, the requirement to sustain our existing IBM infrastructure will remain," the FOI response noted.

Asked on what basis Defence had assured it had received good value for money, a spokesperson for Defence said the extension was negotiated on “more favourable terms and conditions for the supply and use of IBM software, hardware and related services" than the existing contract.

The spokesperson assured iTnews that the “procurement was conducted in accordance with the CPGs and included consideration of both the size and risk profile of the procurement".