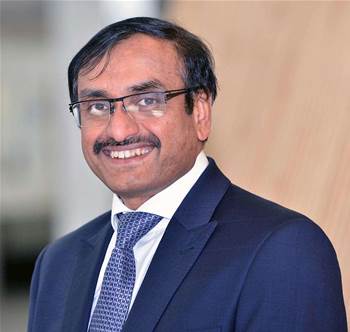 As new IT strategy looms.

Defence CTO Mohan Aiyaswami says he didn't really choose to apply agile principles to a transformation of the lumbering behemoth that is the Department of Defence.

Speaking at the Technology in Government summit in Canberra this week, Aiyaswami said the approach became the only option when he and his executive peers were handed the task of implementing all 75 recommendations of the Defence first principles review in just 24 months.

The FPR, handed down in April this year, found the agency had grown into a complex and sometimes inefficient organisation where lines of accountability were at times dangerously blurred. It advised the department and its military arms to radically overhaul their business processes, and create a single source of accurate and sharable information to inform future decision making.

"By very definition this means we have got to be agile," Aiyaswami told delegates.

"By this I don't mean everybody has to have a scrum and a stand up meeting everyday...It means going back and making sure as an IT organisation we are able to bear a certain amount of risk."

For the CTO, this has materialised into an implementation plan inspired by a scrum-agile methodology, where steps to achieve the FPR's 75 action items are broken into two-week "sprints" spread across IT and non-IT areas of Defence. IT is, however, leading the process in terms of speed in acknowledgement that it will need to get work done to enable other processes down the line.

"The secretary and the chief of the ADF are on this every week," Aiyaswami said. "They don't let up. That in itself is new in this department."

The changing times have also spurred the development of a new Defence IT strategy to refresh the last technology plan issued back in 2009, which the CTO said will be "published officially soon".

He said the kind of agile approaches Defence is already playing with in the FPR implementation space will form one of five key planks of the soon-to-be-released policy document.

Meanwhile, the department is continuing to push ahead with foundational jobs that will inform the streamlining work going forward.

One of the biggest is electronically mapping all the business processes carried out across the whole of Defence to visually pinpoint the densest areas of complexity and duplication.

The department is also working on an innovation framework and an overhaul of its capability lifecycle management approach, from acquisiton through to disposal.

All of these, Aiyaswami hopes, will create an organisation that can move faster.

"This department and the defence force can end up losing lives if we don't immediately respond to situations," he said.

"We don't have time to go make phone calls and write documents."