Defence stuck with stop-gap IT after botched $161m overhaul 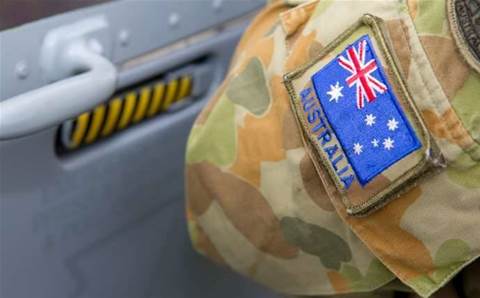 The Department of Defence continues to limp along with a substandard asset management system for its vast portfolio of military bases due to its botched attempt at an upgrade, causing issues all the way down to rubbish not being collected.

The system it is using to keep track of its 119 bases on 3 million hectares, plus the squadron of maintenance contractors that support them, was only ever designed as an interim stop-gap but has now been in use for nearly five years, according to the Australian National Audit Office [pdf].

The project to replace the technology with a new, data-driven estate management system is currently five years behind schedule and $40 million over budget at some $161 million.

The delay means Defence workers are stuck using a temporary fix that pulls data out of a legacy database but doesn’t integrate with Defence’s central fixed asset register or financial systems.

It has been criticised in the past for a lack of data integrity and system controls, and doesn’t allow base contractors to update the status of work orders.

Batch updates mean the data is always at least a month old, and the system requires manual intervention to produce business intelligence reports on the status of base assets.

Federal auditor Grant Hehir said just one third of relevant staff say they actually know how to use the interim system.

The department was forced to rely on the interim system to get it through the billion-dollar refresh of base management contracts it started in 2012, because the new system had already missed its deadline.

The ANAO report handed down today reveals Defence couldn’t even properly brief tenderers on the scale of the estate they would be managing because it couldn’t generate a complete view of its assets.

In one case this meant a “large number of bins” went unemptied during the transition to new contractors, because only 165 of 360 waste collection sites were included in the RFT.

Implementation of the new Garrison Estate management system, or GEMS, has been marred by an underestimation of the complexity of the project in the planning stages, poor stakeholder engagement, and a shortage of skills on the Defence side.

“The significance of introducing the system to the broader Defence information technology environment was underestimated and resulted in additional work,” the report stated.

The ANAO also pointed the finger at “sub-optimal contractor performance” on the part of systems integrator CSC, which it said has been let off the hook by poor contract management from the department.

The new estate management system isn’t expected to go live until the end of 2017.

The ANAO said the data errors and cost of the delays has “prevented Defence from realising expected efficiencies from the new base services model”.