Defence staff to be named ICT professionals of the year 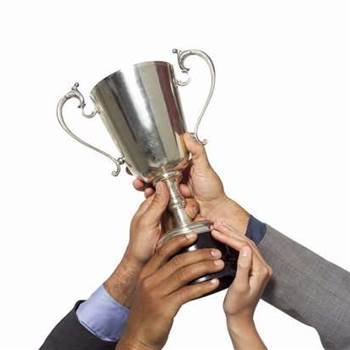 Afghani and ERP deployments in line for Government award.

The Military Integrated Logistics Information System (MILIS) was fraught with issues when deployed last July, reportedly attracting “hundreds of complaints” as of this month.

It was expected to reduce operating and support costs and better facilitate demand, purchasing, warehouse, distribution and maintenance of Defence’s military inventory, worth over $9 billion.

DMO’s Logistics Systems Program Office director Priddle and his team of 130 were responsible for training more than 9,000 users and migrating data to MILIS.

The team had identified an “acceptable” level of go-live issues prior to shutting down the SDSS for four days and switching over to MILIS.

More performance issues surfaced when MILIS was activated – some due to defects in vendor Mincom’s code that were rectified under warranty.

On May 20 this year, Defence acknowledged 250 active problems with MILIS, attributing those to “business processes, user actions, and/or the system”.

Priddle told iTnews this week that there were 20 Defence staff assigned to managing the process of rectifying code defects and maintaining the MILIS software baseline.

Other staff were also involved in addressing procedural and skill issues.

Defence’s implementation issues compared favourably to other ERP projects of that size and complexity, Priddle said, citing an independent review conducted in the second half of 2010 by a “globally recognised IT services and consultancy company”.

“As with all complex systems, people that are comfortable with a particular way of using a system always find it a challenge to adapt to a new system,” he added.

“While individuals have to adapt, what we’ve had to explain to people is that it’s for the greater good.”

Special Minister of State Gary Gray highlighted Priddle’s leadership and “exemplary negotiating skills” when announcing the finalists for the ICT professional of the year award earlier this month.

“His successful management of relationships with senior representatives across Defence was integral to realising the benefits of the investment made in this project by the Commonwealth,” awards organisers stated.

Priddle was in competition with the Department of Defence’s Headquarters Joint Operations Command J6 Branch for the award, which would be presented at the CeBIT conference on Wednesday night.

The J6 Branch was credited for designing and deploying a “new and complex ICT system” in the Australian Defence Force’s area of operation in Afghanistan’s Uruzgan Province.

The Branch was responsible for connecting the Australian Defence Force to the Afghanistan Mission Network, used to share information among partner nations.

Following the Dutch withdrawal from Afghanistan last August, the J6 Branch was also charged with deploying a new communications network for troops in Uruzgan.

“The fielding and implementation of the HCLOS network was a significant innovation as it had not been used by the ADF over such a large area, in a hostile environment previously,” a spokesman told iTnews.

Last year’s Government ICT professional of the year was the Department of Immigration and Citizenship’s (DIAC) Communications and Change Taskforce and User Centred Design Branch.

Other 2010 finalists were DIAC’s Application Testing Centre team, and a joint Economic Stimulus Plan Project team from the Department of Education, Employment and Workplace Relations and the Department of the Prime Minister and Cabinet.