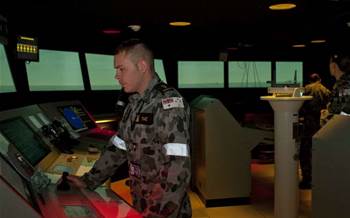 Military person with bank of displays in background.

Defence has inked a $52.9 million contract with Verizon Business to replace an existing single internet gateway with parallel managed services with five times' the capacity.

The upgrade was claimed to improve Defence's ability to deliver web, email and e-business services to internal staff and eight unnamed Commonwealth agencies under the Government's Internet Gateway Reduction Program.

Gateways would be housed in separate locations, and were thus expected to strengthen the system's reliability by eliminating the risks associated with a single gateway.

Defence has previously directly sourced internet services from Verizon Business, as opposed to an open tender process. iTnews could not determine how the $52.9 million deal was struck.