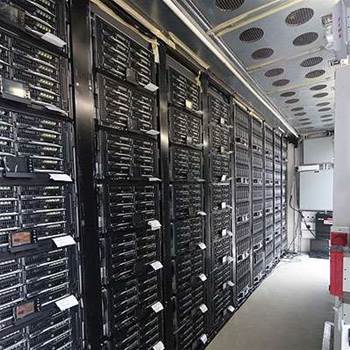 The Department of Defence will pay Leidos more than $150 million over the next two-and-a-half years to upgrade legacy platforms and other technologies in its data centre environment.

The department has awarded the IT services firm a handful of new deals related to its long-running ‘centralised processing’ project since the start the year, pushing total costs past $1.8 billion.

Leidos (and Lockheed Martin before it) has held the umbrella contract since 2014, when it won out over IBM to secure what was then an $800 million deal to slim Defence’s data centre footprint from 280 computer rooms down to 11 local and three international facilities.

The effort was intended to cut costs and simplify Defence’s massive IT environment, while improving system responsiveness and flexibility, disaster recovery, and business continuity.

While the transformaton component of the project reached final operating capability in late 2017, the company continues to look after the business-as-usual management of the 14 data centres.

A Defence spokesperson told iTnews the contract will provide “project services in order to bring centralised processing legacy platforms and technologies up to standard and improve user experience”.

Another project services contract, which is worth $49 million over a similar period, will also see Leidos “improve user experience across Defence’s centralised processing legacy platforms”.

Both contracts have been established under the umbrella contract, which is slated to expire in September.

Defence said the new contracts do “not extend the centralised processing services contract with Leidos”.

“As a result, project services contracts may run beyond the centralised processing services’ initial term of September 2022.”

Leidos has also received a number of other contracts related to the centralised processing project worth $32.7 million, bringing the total value of contracts this year to $185.1 million.

While Defence puts the total cost of the project to date at $1.1 billion over eight years, publicly available contract information shows the actual value is around $700 million higher.

According to iTnews' analysis of AusTender data, contracts between Defence and Leidos for the project are now valued at $1.81 billion, though it is unclear what share of this is for subcontractors.