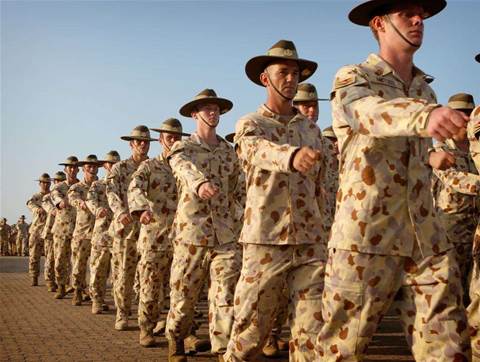 The Department of Defence will appoint a single prime vendor to rationalise its data processing environment by 2014.

Defence hoped to establish a single, integrated capability for the management and provision of Centralised Processing facilities, infrastructure and services at the unclassified, restricted and secret information security domain levels

The multi-million Centralised Processing Project was expected to save Defence $500 million over ten years.

Tony Martin from Defence’s Sourcing Reform Branch told some 50 industry contenders at the Fairbairn Airport theatrette that the staged procurement process would be open to all.

Invitations to register interest will be issued next month. Defence will winnow this to a short list of bidders that will be invited to participate in a series of vendor workshops, to exchange ideas and refine requirements.

Early next year, a select restricted RFT will be posted to the most promising of those that made it to the workshops. Martin indicated to the gathering this could be as few as three but depended on the quality and promise of the offerings.

This would then result in a final short-list of the two top prime vendors being invited for face to face negotiations.

“There must be a clear prime vendor, subcontractors are acceptable but partial bids will not be considered,” Martin said

Pending second pass approval by Government. the project would commence in early 2014 and conclude by 2019.

Asked about the financial size of Defence commitment to the project, Martin informed iTnews it was premature to talk about figures.

“We not gone through first pass approval so it's premature to chuck around figures at this stage,” he said.

This may be supplied at a further industry briefing in connection with the invitation to register interest next month.

The Centralised Processing reform will rely on other procurement projects covering Defence’s Data Centre Consolidation, which in turn, depends on success of the Next Generation Desktop initiative.

“At the moment we have over 110,000 staff and contractors in the Defence environment,” Martin said.

These are dispersed over over 400 sites with primary data centres located in Canberra, Sydney and Melbourne as well as in Washington DC, London and Butterworth Malaysia.

The project covers an environment of IBM and Unisys mainframes, mid-range systems that run some 6000 servers in both Windows and Unix, running over 3000 applications, due to be rationalised over the next few years.