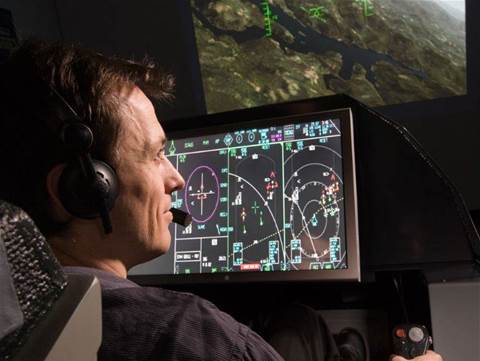 The Defence Science and Technology Group and the Australian Army are set to explore how combatants can take advantage of augmented reality (AR) tools without suffering from information overload or complacency.

Tools like heads-up displays have been greatly anticipated as aids for high-perfomance, high-risk activities like surgery and combat, by increasing the accuracy of movement and reducing distractions.

However, Flinders University professor of psychology Mike Nicholls said the promise of these solutions is yet to be realised.

Further, he said, some research suggests AR impairs performance rather than improving it.

Dr Oren Griffiths, a cognitive neuroscientist from Flinders, said that one AR study with military personnel showed improved detection for cued events, but led to unexpected events being missed. The same problem was also noted with surgeons using onscreen overlays.

AR cueing is an area of research used to increase the attentiveness of a person to the presence of specific hazards in their field of vision. It has previously been used extensively in car safety applications.

“The common link in these situations is that AR cues can capture the user’s attention so effectively that critical, unanticipated events can be missed,” Griffiths said.

“Many of these errors are invisible to eye-gaze because those who miss the target are just as likely to gaze at it as those who notice it.”

The research will investigate these “looked but didn’t see” errors that can be caused by AR cueing, which will become important as military personnel become more reliant on such technology.

“Highly demanding tasks, such as monitoring for threats and operating complex machinery and technologies, is putting an ever-increasing amount of information processing on military personnel,” Nicholls added.

The research will be conducted at Flinders University and is sponsored by the Australian Army.