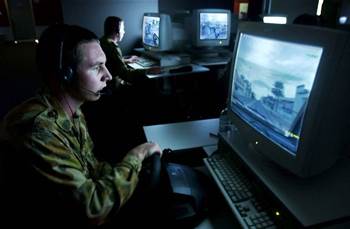 But questions over funding and savings remain.

Defence has implemented almost all IT-related recommendations stemming from a 2015 review, although it has been unable to quantify savings having done so.

The Australian National Audit Office (ANAO) handed down its assessment of Defence’s progress executing the 75 recommendations agreed to by the then-Defence Minister Kevin Andrews in the first principles review.

The review called for the department to undergo a wide-scale overhaul of its approach to IT after finding a “proliferation of structures, process and systems with unclear accountabilities”.

Fragmented Information management processes across Defence – including accountability, despite attempts to make its CIO responsible – were highlighted as an issue of concern.

In addition, the 2015 review found “inadequate interoperability between and within military platforms and significant shortcomings in corporate systems”.

“Information management has been a persistent challenge for Defence and has been identified as an issue in numerous reviews of the organisation,” the review stated.

“Previous projects and approaches have been unsuccessful in driving the required information management outcomes and it is apparent that current practices are materially impeding operational effectiveness and efficiency.”

The audit office today said Defence had “implemented a substantial number of the most important recommendations”, with 71 of the review’s 75 recommendations complete at the time of the audit.

This includes all six information management recommendations, which were “aimed at clarifying accountability, standardising processes and applications and providing adequate resourcing to achieve reform”.

It said this had been achieved through the introduction of Defence's 2015-25 enterprise information strategy that provides “trusted information to inform decision making and military interoperability”.

The department has also created clear accountability for information management, handing responsibility to the associate secretary and CIO, with support provided by the chief technology officer - who has been formally recognised “as the technical authority with appropriate ‘red card’ decision rights”.

Funding of $11.6 million was approved last July for the first steps of Defence’s enterprise information management vision, with further funding of between $500 million and $750 million identified for the reforms.

But questions over where the remaining funding will come from went unanswered by Defence, which was "unable to provide the ANAO with documented budget allocations or funding commitments”.

The Department of Finance advised the audit office that it was “presently unclear... whether there is adequate allocation of funding to the CIOG [chief information officer group] to enable them to implement the ICT changes that need to underpin some of the [review] initiatives”.

Finance expects funding requirements to be clarified “as part of the Gate 1 approval process, which is scheduled for September 2018”.

The audit office said Defence has been unable to identify any quantifiable savings from implementing 71 of the review’s recommendations to date, despite indicating to government that it would do so.

“When the government agreed to implement the recommendations of the review, there was no commitment to specific saving from its implementation,” the audit states.

“Nevertheless, the government was advised that the review had identified areas where efficiencies were possible.”

At the time the department said possible savings would stem from full implementation of shared services, better procurement and contracting, and less duplication.

The department said it would advise government of the savings once implementation planning was completed ahead of July 2015.

But the audit reveals that Defence has identified “no quantifiable savings”, despite introducing many initiatives it said would lead to efficiencies, including a smart buyer function to replace the department’s ‘one size fits all’ approach to procurement.

“Defence has not completed any further analysis, either during implementation planning or subsequently," the auditor said.

“No report to the government has, as yet, acquitted against the understanding to do so.”

Defence said that it has been able to show “broad savings and efficiency improvements”.

The audit office said implementing recommendations from the review had “involved substantial contractor and consultant costs... valued at some $151 million between 30 June 2015 and 30 July 2017”, of which $102 million has been spent.