Defence ordered by Govt to fix IT 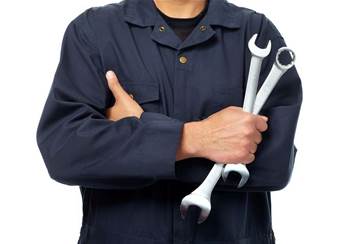 But DSTO spared the knife.

Australia's Department of Defence has been directed to undergo a wide-ranging and in-depth overhaul of its approach to information technology as part of the Government's sweeping 'first principles' review.

Defence Minister Kevin Andrews today said the Government had agreed to implement 75 of the 76 recommendations made in the review [pdf], which proposes transformational change for one of Australia's largest federal agencies.

The report found a "proliferation of structures, processes and systems with unclear accountabilities" had caused "institutionalised waste, delayed decisions, flawed execution, duplication, over-escalation of issues for decision and low engagement levels" amongst some staff.

Its authors said Defence needed to shift from the currently "inefficient, federated approach" into a single, integrated organisation.

One way in which the department could achieve this goal, according to the report, is through improved delivery of corporate services.

The "waste, inefficiency and rework" evident across the department is illustrated by the more than 2500 IT applications - including 300 financial applications - Defence currently has on its books, the report said.

Information provides a critical service to Defence, and as such, its management needs to be underpinned by a "trusted single source of enterprise-wide data, and to the extent possible, common and standardised applications and infrastructure", the review's authors wrote.

But currently, inadequate interoperability between platforms - alongside a "costly and complex application landscape" - has impacted on operational effectiveness.

The department has attempted to make its CIO responsible for information management across Defence, but in reality accountability has remained fragmented and unclear, the report found.

"Information management has been a persistent challenge for Defence and has been identified as an issue in numerous reviews of the organisation," it stated.

"Previous projects and approaches have been unsuccessful in driving the required information management outcomes and it is apparent that current practices are materially impeding operational effectiveness and efficiency.

"Similarly, there are significant shortcomings in the corporate arena that limit Defence’s ability to make fast well-informed decisions and maintain information security protocols which may result in failure to meet legislative and regulatory compliance."

The department needed to establish enterprise-wide frameworks for architecture standards and master data management; commence a "pragmatic implementation roadmap" for the standardisation of business and information processes; and ensure the project has adequate resourcing and funding, the review recommended.

The CIO should lead the implementation of the transformation agenda and be the authority for all enterprise networks, reporting to the Associate Secretary, according to the review.

"We note a number of domain-specific information management reform programs are already under way or planned in Defence," the report stated.

"These must be aligned and leveraged under the new model including the human resource management and payroll system, the garrison and estate management system, financial information system reform, and logistics system modernisation."

DSTO spared the knife - for now

The Government did not, however, agree to a recommendation to scrap the Defence Science and Technology Organisation (DSTO), saving the agency from extinction for at least 12 months.

The review had advised that the Defence Material Organisation (DMO) - which buys equipment for the department - be abolished in favour of a new capability and sustainability group.

It recommended the DTSO be disbanded and folded in the new group, with senior leadership rationalised.

Defence Minister Kevin Andrews said the Government had not agreed to the recommendation "at this time", but would consider it as part of annual updates on the implementation process of the reviews' other recommendations.

While the DSTO was valued by Defence and national security agencies for the specialised and technical services and technology it provides to the national security community and across the world, the review team said the DSTO had strugged to "clearly articulate its value proposition".

And since 80 percent of the DSTO's work is conducted in support of capability projects, the review argued that it would be a better fit in the new capability group.

It also suggested that parts of the DSTO's work be outsourced to the broader scientific community.

"On the information considered during the review, there is no clear case for outsourcing the DSTO and, in fact, this approach may be detrimental to the support it offers to Defence and its other customers," the review stated.

"Whilst wholesale outsourcing would not be wise, there is more opportunity to outsource elements to the broader scientific community, particularly in industry and academia.

"We recommend that strong partnerships be established with key academic and research institutions."