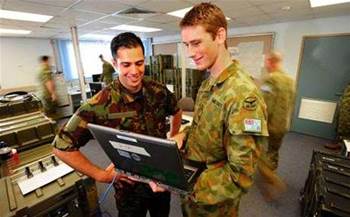 The cost of rolling out electronic health records across the Australian Defence Force has blown out by $77 million, more than doubling the original budget for the eHealth scheme.

Launching the new capability on Friday, Assistant Defence Minister Stuart Robert confirmed that the budget for the project, initially forecast at $55.7 million in February 2011, had now been revised up to $133 million, representing an 138 percent increase.

Roberts was quick to blame the overspend on his predecessors in government.

“Everything we inherited from the previous government was a major blow-out,” he told iTnews.

“This is just one in a long litany of blow-outs that we have to look at,” he said, explaining that his department would now “critically analyse” what went wrong and “take note of the enablers we should have had in place in terms of desktop access and wider connectivity”.

Project manager Rear Admiral Robyn Walker said that when the project was first developed, there was an inadequate understanding of the training and license requirements that would be needed to underscore a successful rollout.

She said the change management requirements across all Defence health centres demanded a “little bit more conformity in terms of how we approach business.”

“There was quite of bit of work to be done on the business implementation side.”

So far the system has been made available to 25,000 ADF members.

The solution – which will be based on Edgton Medical Information System’s (EMIS) PCS Enterprise clinical software – aims to create a detailed electronic health record for all ADF personnel, linking their full health history from recruitment to discharge.

It is being rolled out by CSC, in partnership with EMIS, Kellogg Brown and Root, and PriceWaterhouseCoopers.

The solution first went live in Queensland in April, and is being progressively expanded nationwide. South Australia commences its rollout next week, followed by NSW, Victoria and Tasmania.

"The benefits are already being realised," Robert said.

"The future benefits are exciting when it comes to information analysis and data interrogation metrics across Defence, allowing us to target very specific health concerns, backed by statistical evidence."

The system is due to be live across Australia by the end of the year, covering some 57,000 full-time ADF staff and 25,000 reservists.

Robert said the system complies with the National eHealth Transitional Authority standards and establishes Defence as the first organisation in Australia to introduce a national eHealth record management system.