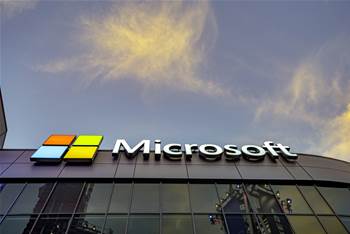 Two federal government departments have spent more than $160 million on Microsoft software and cloud services, in one of the costliest licensing refreshes in recent years.

The Department of Defence and the Department of Employment and Workplace Relations both entered new contracts with Data#3 in July, replacing now-expired deals established in 2019.

According to AusTender, they are some of largest to be signed with the reseller, bar the government’s umbrella deal which has grown more than $600 million in three years.

Data#3 has been the government’s exclusive Microsoft licence reseller for nearly 15 years, having scored the lucrative deal back in 2008 and won it back twice in the years since.

A spokesperson for Defence told iTnews that its $109.4 million contract covers “Microsoft Azure services as well as Microsoft enterprise subscriptions” over the next three years.

It replaces Defence’s former $86.5 million deal with the reseller that ran from late September 2019 to the end of June 2022.

The enterprise subscription covers all Defence staff, with the department having migrated 105,000 devices from Windows XP to Window 10 in 2019.

In the case of DEWR, the contract, which comes in at $52.9 million, covers “on-premises and as-a-service products and licensing for the department”, a spokesperson said.

The contract also covers “other Australian government agencies that use the department’s ICT network”, likely referring to those agencies receiving shared services from the department.

At more than $160 million in total, the contracts are significantly more than their predecessors over a similar three-year period, continuing a trend that first emerged in 2016.

The Defence spokesperson said the “cost increase is commensurate with the number of licences being used by the [department], which has progressively increased since the VSA4 commenced”.

At DEWR, the increase “reflects change to a number of factors, including volumes, consumption and pricing since the last contract”.

A series of other contracts with large agencies, including the Australian Taxation Office, have also recently expired but are yet to be replaced, suggesting further deals in the weeks and months ahead.