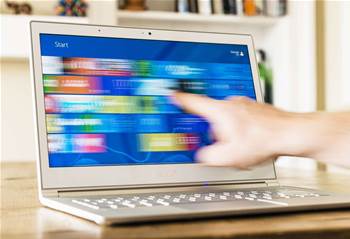 The federal government has handed its lucrative Microsoft licensing deal back to Data#3 as part of a new buying scheme for software services and licensing.

Minister assisting the Prime Minister for digital transformation Michael Keenan this afternoon announced the establishment of the new software services and licensing panel, with Data#3 appointed the sole supplier for the panel’s first category – Microsoft licensing.

The firm has been the federal government’s exclusive license reseller (LAR) for the Microsoft volume sourcing arrangement (VSA) since co-ordinated procurement of Microsoft licensing was first introduced in 2008.

It is the second time Data#3 has won back the whole-of-government deal, despite previous attempts to open the deal up to a wider pool of suppliers.

The Digital Transformation Agency decided to replace the LAR contract, which was worth $364 million between 1 July 2013 and 30 June 2016, with a broader software services and licensing panel early last year.

The intention was to allow for additional providers and other software down the track, which the LAR arrangement did not allow.

More categories are expected to be added to the panel as "other panels are phased out, or not reviewed as they expire", the DTA said.

"The new panel is being built to be flexible, so categories can be added as needed, and ‘open often’, so new sellers can join regularly.

"For government, it means new categories can be added to the panels as technology evolves."

The DTA has also progressed its new government-wide IT hardware marketplace and online catalogue to the next stage of procurement.

The marketplace will be established later this year in the hope of democratising hardware buying for both suppliers and agencies, and leveraging demand across government.

It will replace several existing arrangements, including the government’s expiring ICT hardware panel and mobile panel, as well as the hardware categories of the commercial off-the-shelf-software and hardware panel.

Combined the panels have been responsible for more than $322 million worth of hardware procurements over their lifetime.

Today the DTA began calling for information on the marketplace, which is expected to become initially available from June 2018, ahead of full operation when the COTS panel arrangement expires on 31 August 2018.

“By consolidating existing ICT procurement panels and simplifying the application process, we will reduce duplication and make it easier for government and smaller sellers to do business,” Keenan said.

“The open application process will allow new sellers to join more frequently, with more opportunities and easier access to sell to government.”