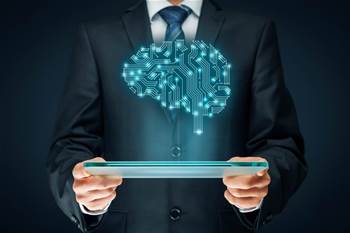 Artificial intelligence projects at the Department of Defence could soon be subject to a checklist of ethical considerations to de-risk systems and keep machine-based decisions accountable.

The checklist, which is currently under internal review by Defence, is one of three tools aimed at ethically de-risking projects to emerge from a workshop on the ethics of AI for defence.

Other tools include an ethical AI risk matrix to describe risks and proposed treatments, as well as a legal, ethical and assurance program plan for contractors to complete when involved in projects.

In a report [pdf] released this week, the workshop said Defence’s development of AI systems going forward would be best supported by “an effective and practical methodology”.

It described such a methodology as “assessing ethical compliance from design to deployment, requiring repeated testing, prototyping and reviewing for technological and ethical limitations”.

“There are many benefits to increasing AI and autonomous systems capabilities in Defence, including removing humans from high-threat environments, reducing capability and costs and achieving asymmetric advantage,” the report concluded.

“However, significant work needs to be undertaken to ensure that introducing the technology does not result in adverse outcomes.”

The report notes that while it was produced by Defence Science and Technology (DST), it does not represent official policy, and that further ethical AI research and consultation will be needed.

The checklist asks Defence to describe the military context in which the AI will be employed, explain the types of decisions it will support and describe how the “AI integrates with human operators”.

For larger projects “where ethical risk assessment is above a certain threshold”, the workshop recommends a “more comprehensive legal and ethical plan” (LEAPP) be developed.

Such a plan would describe a contractor’s proposal to ensure software provided under a contract meets legal and ethical assurance requirements.

“The LEAPP provides Defence with visibility into the contractor's legal and ethical planning, supports progress and risk assessment and provides input into Defence’s internal planning,” the report said.