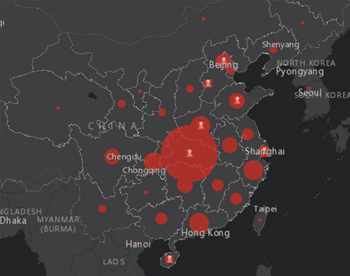 Six-month hold on conferences in China.

The Chinese leg of the legendary hacker convention DEF CON has been put on ice due to the country's efforts to limit the deadly coronavirus outbreak.

DEF CON China 2.0 was scheduled for April 17-19 in Beijing, but is now postponed after China announced a six-month hold on events.

The DEF CON organisers announced the postponement on social media and said they're looking for new dates six months ahead to hold the convention, when events can be held again.

Attendees can get refunds for their DEF CON tickets, or have the organisers hold their reservations for the new dates.

As of writing, authorities have confirmed over hundred deaths from coronavirus, with over 4,400 cases being recorded in mainland China.

The number of cases could be far higher however, and infections have been reported in several countries outside China, including five in Australia.

DEF CON was founded in 1993 by hacker Jeff "Dark Tangent" Moss, and plays host to information security professionals from the private sector and law enforcement organisations like the United States Federal Bureau of Investigation.

The hacker convention trialled a Chinese event in 2018 for the first time, and formalised it the year after.