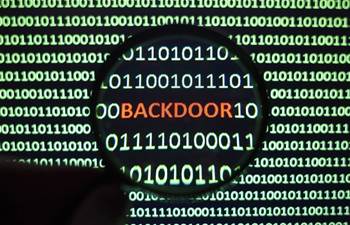 The federal government has moved to introduce the legislation underpinning its controversial crackdown on encrypted communications services.

The Telecommunications and Other Legislation Amendment (Assistance and Access) Bill was introduced into parliament by home affairs minister Peter Dutton on Thursday.

It comes less than two weeks after the Department of Home Affairs closed public consultation on the exposure draft of the bill, in which more than 14,000 submissions are said to have been made.

[Read more: See the changes made to Schedule 1 of the decryption bill here]

The government finally revealed the exposure draft in mid-August, a year after it first promised to do so.

This could involve being required to build new tools, run government-built software, or facilitate access to targeted devices.

The bill places the onus on a range of companies - both domestic and foreign - that make up end-to-end communications services to come up with ways "to enable access to a particular service, particular device or particular item of software".

The government has said this will invariably involve some weakening of security, but denies that it will lead to systemic weaknesses or vulnerabilities like backdoors in products or services.

“The bill specifically provides that companies cannot be required to create systemic weaknesses in their encrypted products or be required to build a decryption capability," Dutton said in the bill's first reading.

“This is also not a new vehicle to collect personal information. Surveillance and interception must be authorised by existing warrants and authorisations, which are subject to their own safeguards, including judicial oversight."

He said the “sudden” uptake of encrypted communications platforms was a “seismic shift in the operational environment” for agencies, and that the bill was needed to strengthen their “ability ... to deal with the challenges of encryption”.

While encrypted communications accounted for around 3 percent of internet communications intercepted by ASIO in June 2013, by July 2017 this had climbed to 55 percent, he said.

“According to ASIO, encryption has impacted intelligence operations in at least nine out of every ten of its priority cases.

“The Australian Federal Police (AFP) advise that encrypted communications have directly impacted around 200 operations [it] conducted in the last 12 months.”

Dutton also said the government had changed the bill to reflect feedback from both industry and the public.

“The government has consulted extensively with industry and the public on these measures and have made amendments to reflect the feedback in the legislation now before the parliament,” he said.

Debate on the legislation was adjourned.