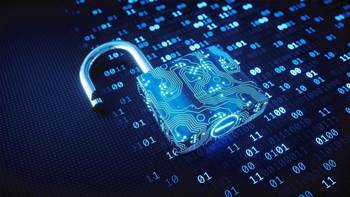 Bill to be introduced before year-end.

The federal government will finally move to introduce legislation for its crackdown on encrypted communications services in the upcoming spring sitting of parliament, a year after it first promised to do so.

It plans to present the legislation – dubbed the Telecommunication and Other Legislation Amendment (Assistance and Access) Bill – before December 7 this year.

The proposed laws will introduce “measures to address the impact of encrypted communications and devices on national security and law enforcement investigations”.

It will apply to “both domestic and foreign companies supplying services to Australia to provider [sic] assistance to agencies”.

“The bill provides a framework for agencies to work with the private sector so that law enforcement can adapt to the increasingly complex online environment,” government documents outlining the proposed legislation state [pdf].

However the government expects the legislation won't pass until 2019, suggesting it anticipates some pushback from the crossbench.

A cohort of 76 technology-interested organisations, companies and individuals from several different countries have already banded together to urge the government to abandon the decryption legislation.

The proposed laws were floated last year to extend powers the government already had to compel telcos to hand over information from the likes of Apple, Facebook, and Google.

At the time Turnbull said his "very strong first preference" was for companies to volunteer their help, though the proposed laws also allow the government to force assistance.

The government had initially wanted to introduce the legislation before the end of 2017.

The government has since been busy consulting with industry on the design of the legislation to strike the right balance between the demands of law enforcement and the concerns of encrypted technology providers.

Concerns had been raised that the legislation would force technology providers to build backdoors into their products.

The legislation is likely to closely mirror the UK's Investigatory Powers Bill, which obliges encrypted communications providers to ensure they are technically able to hand over decrypted data to law enforcement in near real time.

The UK's 'technical capability notices' function as a first step to "prepare the ground" in case an operator receives an interception warrant. New Zealand has introduced similar legislation.

Federal cyber security minister Angus Taylor has already said that police would be required to obtain a warrant at several stages to access encrypted communications.

“The way it will work in practice is there will be an obligation with a warrant on the telecommunication companies and tech service providers to cooperate,” he told ABC Radio National in June.

“But there will also need to be a warrant in the individual case to access the data.”

He said this wouldn’t require technology service providers to weaken the security of their systems – a “crucial caveat” for scheme’s design.

“We have been careful, very meticulous in putting together this legislation to ensure that we are not weakening the privacy and security of their systems," he said.