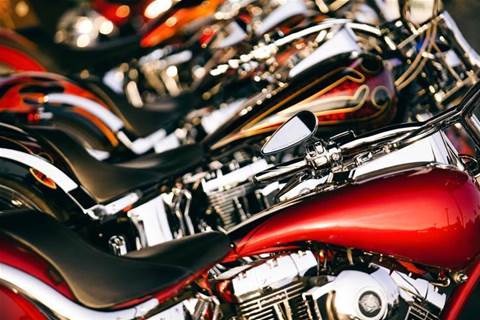 The Australian wing of infamous outlaw motorcycle gang the Hells Angels will receive “nominal” damages of just $5000 from craft and t-shirt online marketplace Redbubble after the Queensland arm of the global brand lost the bulk of an intellectual property infringement claim lodged in 2015.

Redbubble on Monday morning issued a notification to the Australian Securities Exchange that the Federal Court had “found in Redbubble’s favour and dismissed all of Hells Angels’ claims in relation to the copyright and consumer law causes of action.”

The dispute centred around the claim that Redbubble had allowed the sale of unauthorised Hells Angels’ merchandise, specifically using it’s iconic “death head” logo that features a winged skull and forms the basis of the gang’s patch for its uniform or colours.

While bikie gangs are notoriously protective of the distribution and issuance their insignia because it is used to reinforce their strictly hierarchical organisation structure, most disputes other than those with authorities are traditionally settled out of court.

Legally defending ownership of the Death Head in Australian has become somewhat of a passion for the club, especially in Brisbane, with its affiliate website Route 81 sporting a swag of apology letters from clothing brands for misuse.

The long-running case has also aroused substantial legal interest because, aside from the spectacle of a bikie gang running an intellectual property case, it goes to whether a marketplace for independent creators can be held liable for disputed copyright claims.

The role and liability of online intermediaries, essentially marketplaces, has aroused substantial legal discussion because most things can now be traded online.

An analysis of the Hells Angels case by lawyer firm Thomson Greer in 2015 observed that “Hells Angels Australia representatives have claimed that Redbubble’s conduct has caused “anger, hurt feelings and personal distress” by allowing non-members of the club to wear indicia reserved for its members.”

The Hells Angels’ action was partly based on the claim that its registered death head trademark “has a heavily spiritual and emotional connection to them as part of a brotherhood”.

Redbubble has applauded the decision as a win for creative types looking to make a buck.

“Since our founding in 2006, the Redbubble marketplace platform has provided over 800,000 independent artists with access to economic opportunity via an innovative model that supports user generated content (UGC),” said Redbubble’s chief legal officer, Corina Davis said in the ASX statement.

“We have helped these artists earn over $100 million to date. In parallel, we have worked constructively with content owners to manage the challenges that UGC on the Internet creates, following the helpful guidelines of the US Digital Millennium Copyright Act.”

Davis said Redbubble “have had very few instances of litigation in our history because we work to find pragmatic and low cost solutions for parties to collaborate together to address infringement.”

“Since the 2015 filing of this case, Redbubble’s processes have become more sophisticated and this remains an area of investment,” she added.