Deakin University lays out proposed School of IT restructure 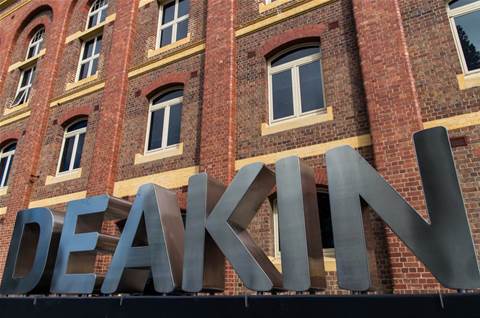 Deakin University is proposing to cut academic staff in areas such as data science, cyber security and distributed systems and bring in more teaching resources focused on “emerging” technologies.

The proposed changes are part of a university-wide restructure, called Deakin Reimagined, that will result in a reduction of 180 to 220 positions across the institution.

Specific change proposals are currently the subject of staff consultation; a change proposal for the School of Information Technology, sighted by iTnews, shows reductions in several study domains, partially offset by a shift in the focus of IT-related study towards “emerging technologies” - including quantum computing, internet of things (IoT) and blockchain.

Under the proposal, two vacant positions in the school will not be replaced, and an additional 18 academic staff face cuts.

Crucially, the cuts would impact several “Level E” professors in these fields.

Under Deakin University’s academic levels, E is the highest tier and denotes someone that has national and/or international recognition “as an eminent authority in his or her discipline”.

The intention of the restructure is in part to shift the focus of the School of Information Technology from these domains to more emerging ones.

However, the change proposal also notes that the restructure would result in a “reduction of cost” and meet a “shift in expectations around teaching delivery, technical expertise, and innovation”.

A Deakin University spokesperson largely quoted from the consultation document when asked for additional comment.

“The School of Information Technology is proposed to transition from creative technology and networking offerings where student demand is falling, to increasing demand for short courses and building a new focus on our emerging technology offering, which includes the IoT blockchain and quantum computing,” the spokesperson said.

“While no decision has been made on the change proposals, current modelling estimates a net reduction of five positions in the School of Information Technology.”

That net reduction figure does not appear to include currently vacant roles that would now not be replaced.

If the areas up for reduction are indeed facing lower enrolments, it may point to a wider problem for Australia’s technology sector, where many of these domains are commonly said to be suffering from skills shortages.

Universities across Australia are suffering from the ill-effects of Covid-19 and, in particular, a large drop in international student enrolments.

iTnews also confirmed that the university’s own IT organisation, which goes by the name eSolutions, is also impacted by the university-wide change proposal.

However, the proposed changes at eSolutions were unable to be quantified before publication.

Consultations with staff on the proposed changes end September 14.