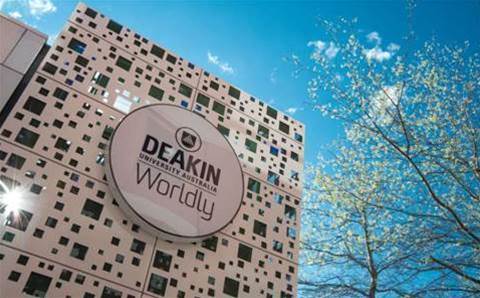 Deakin University’s eponymous cyber Shield, first deployed last year, has been reinvigorated to meet the Australian Signals Directorate’s Top 4 cyber safety strategies and provide the university’s IT team with an extra line of defence against attack.

The strategies, which became mandatory for government agencies back in April 2013 (but has seen some adoption hiccups along the way), have helped the university address several gaps it had identified in its security posture.

This gave the university the ability to better manage its application whitelisting and privilege management in line with two of the top four suggestions.

The university also deployed Ivanti Patch plug-in for Microsoft System Centre Configuration Manager (SCCM) to manage patches for both Windows OS and automate a catalogue of third-party apps whose patches weren’t natively updated from within the SCCM console.

Deakin previously had access to manual tools for third party-updates through SCCM, but for the IT team that meant hours of research, solution building, testing and troubleshooting.

Finally, to manage administrative permissions the university is now using Ivanti’s Application Control, giving the IT team the power to take someone with full admin privileges back down to a regular user and yet still provide automatic permission escalation when and where it’s needed according to policy.

So if one of the university's 50,000 students or 4000 staff needs a piece of software installed for a research project, permission could be quickly granted to install an app, printer or to use PowerShell and then easily and immediately revoked after the installation is complete.

Application Control also automatically locks out typical user accounts from executing any code, even unknown material. Given the large cohort of students and staff online and across four physical campuses, that’s cut back on damage from viruses and users running apps they shouldn’t.

“Prior to installation, we would receive an average of 12 reimaging requests per week - all of which involved a time-staking physical visit.”

The upgrades also give Deakin near-real-time reports on patch rollouts, meaning the IT team get actionable insights into problem areas or when the deployment has been successful.

More broadly, the enhanced security provisions should help Deakin contribute to Australia’s joint cybersecurity centres, of which the university is one of 101 member organisations from across the public and private sectors.